Maya MacGuineas Money Quote saying the Trump proposed budget policies are not supported by reality and appear to be fantasy that contribute to increasing Federal debt. Maya MacGuineas said: 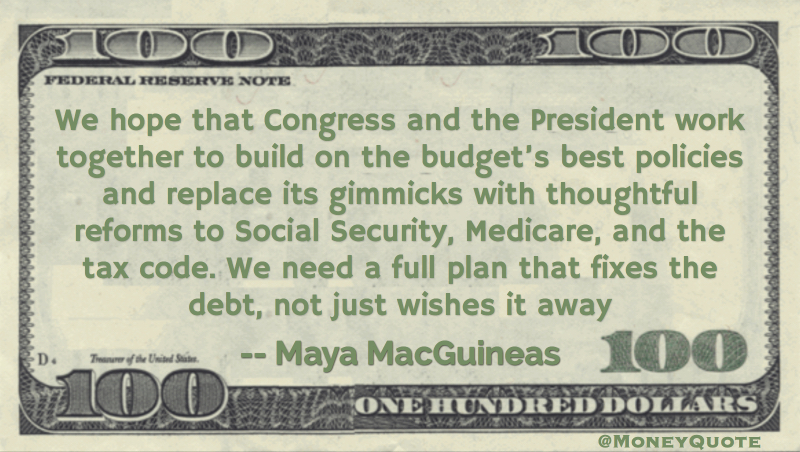 “We hope that Congress and the President work together to build on the budget’s best policies and replace its gimmicks with thoughtful reforms to Social Security, Medicare, and the tax code. We need a full plan that fixes the debt, not just wishes it away” — Maya MacGuineas

Share the Maya MacGuineas Money quote image above on your site: 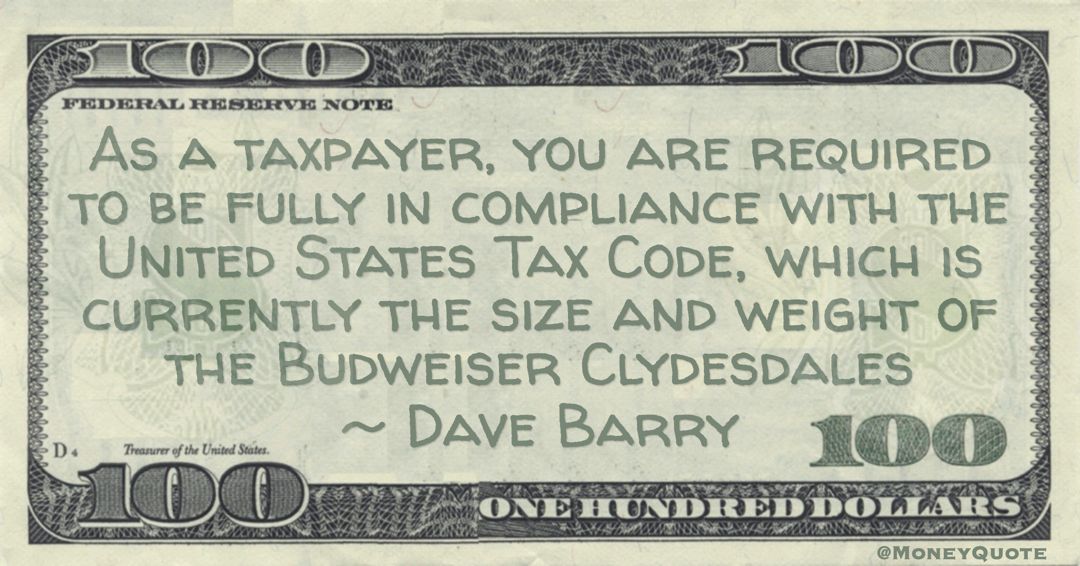 “As a taxpayer, you are required to be fully in compliance with the United States Tax Code, which is currently the size and weight of the Budweiser Clydesdales” — Dave Barry

John F. Iekel Money Quotation saying finding anyting funny about taxes is difficult when you are paying them, but seems only humorous in hindsight. John F. Iekel said:

The term ‘tax humor’ is no doubt an oxymoron to many people; to the more cynical, it is an apt description of the entire tax code
— John F. Iekel

Steve Forbes Money Quotation on the length of Tax Code compared to the far shorter length of Declaration of Independence and the Bible.c 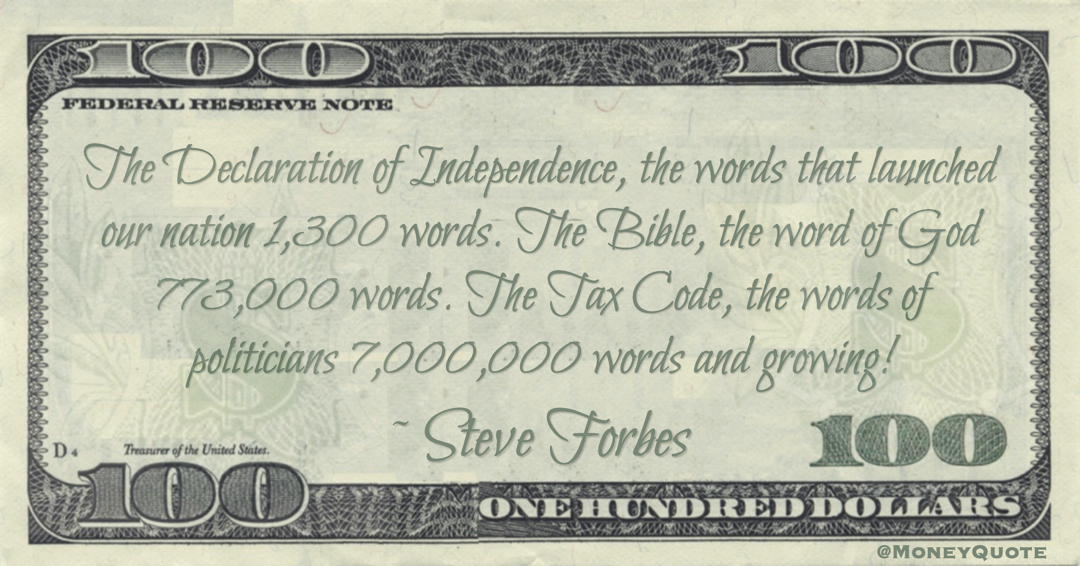 Share the Steve Forbes Money quote image above on your site: