Matt Damon: Stay Away From Poker “As for poker, I’ve stayed away from that, even though when I was in Vegas for Ocean’s Eleven, I would get accosted by these guys begging me to play. They just want to take my money. They see me, think ‘actor’ and see some easy money” — Matt Damon

Share the Matt Damon Money quote image above on your site:

Glen Campbell Money Quote saying after his third divorce he believed his choice in women was a financial failure for him and a win for the women who don’t love him. Glen Campbell said: 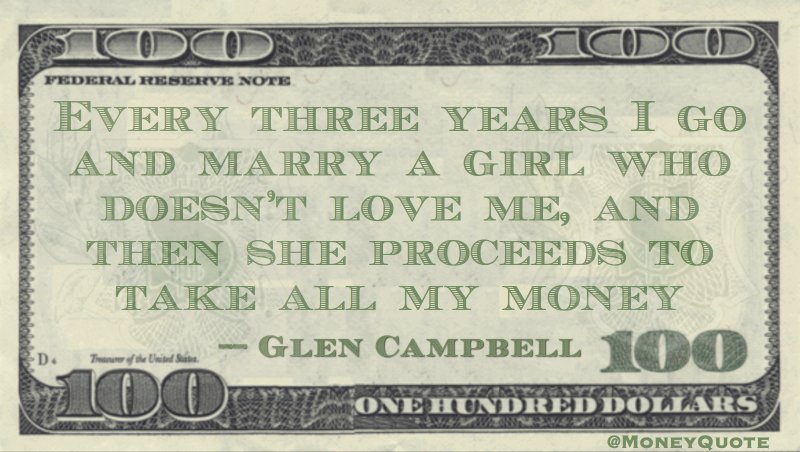 “Every three years I go and marry a girl who doesn’t love me, and then she proceeds to take all my money” — Glen Campbell

Share the Glen Campbell Money quote image above on your site:

Martha F. Newmeyer on Take it With Me

I can’t take it with me I know
But will it last until I go?