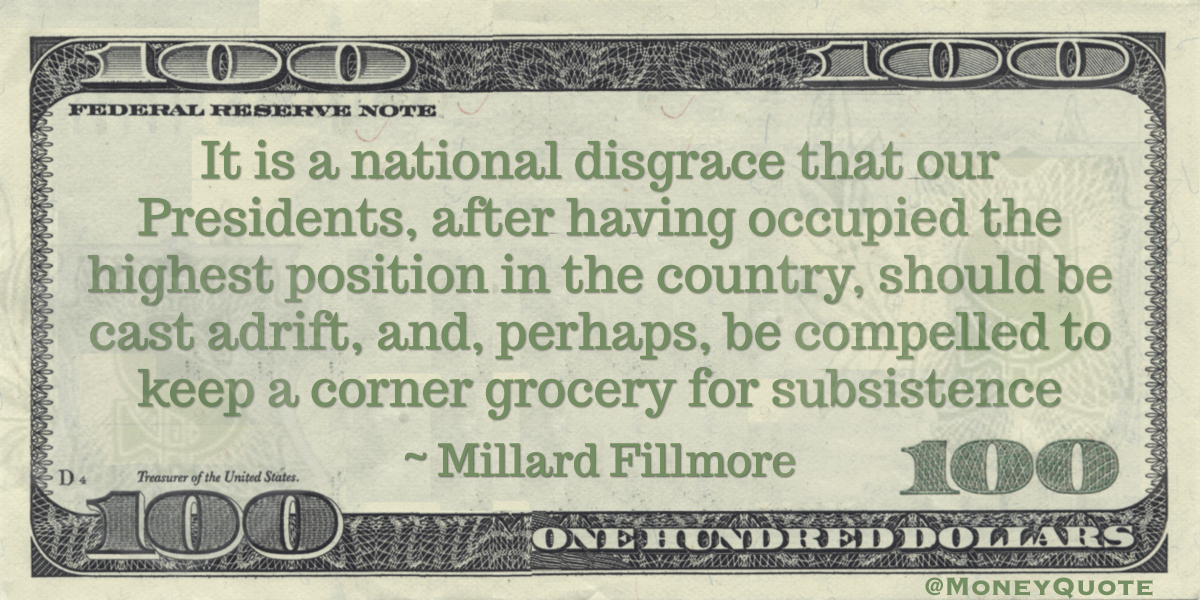 “It is a national disgrace that our Presidents, after having occupied the highest position in the country, should be cast adrift, and, perhaps, be compelled to keep a corner grocery for subsistence” — Millard Fillmore

Share the Millard Fillmore Money quote image above on your site: 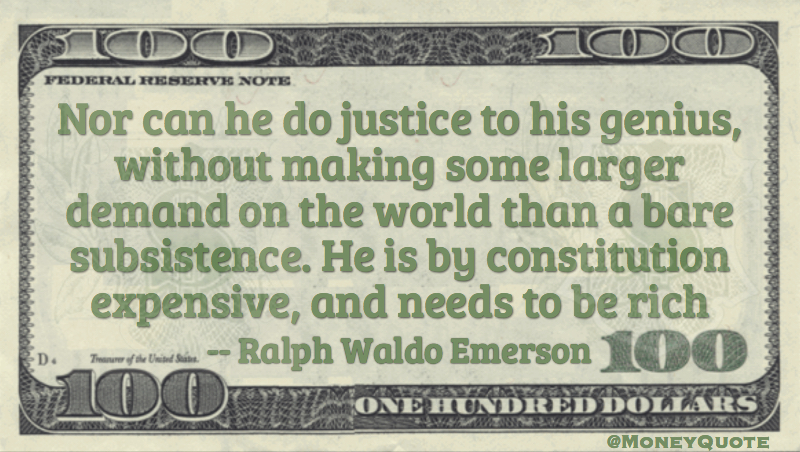 “Nor can he do justice to his genius, without making some larger demand on the world than a bare subsistence. He is by constitution expensive, and needs to be rich” — Ralph Waldo Emerson