Sarah Kendzior: Poverty Not a Crime or Flaw

Sarah Kendzior Money Quote saying somehow we allow those who have suffered bad luck to live in poverty to be seen as flawed and those who are lucky financially are thought to possess strength of character. Sarah Kendzior said: 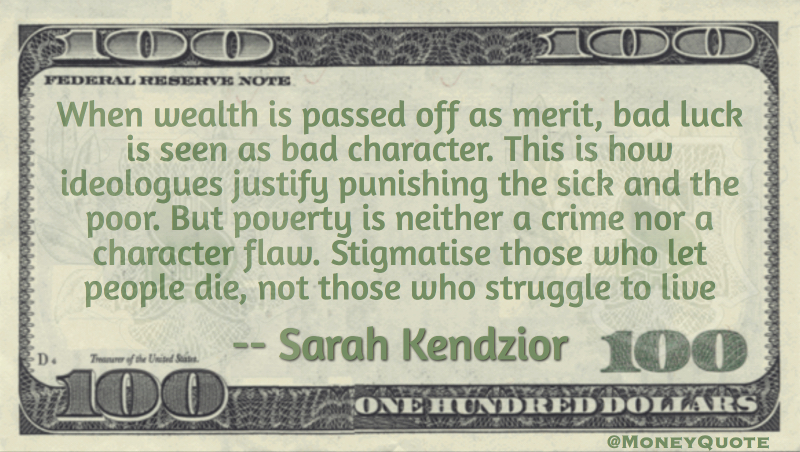 “When wealth is passed off as merit, bad luck is seen as bad character. This is how ideologues justify punishing the sick and the poor. But poverty is neither a crime nor a character flaw. Stigmatise those who let people die, not those who struggle to live” — Sarah Kendzior

Share the Sarah Kendzior Money quote image above on your site:

Father Patrick Conroy Money Quote saying as the House Chaplain of the 115th Congress who was nominated by John Boehner in 2011 was asked to resign by Speaker Paul Ryan – he believes because of the following lines of his prayer during consideration of tax cuts that would benefit the wealthy and harm the poor. Father Patrick Conroy said: 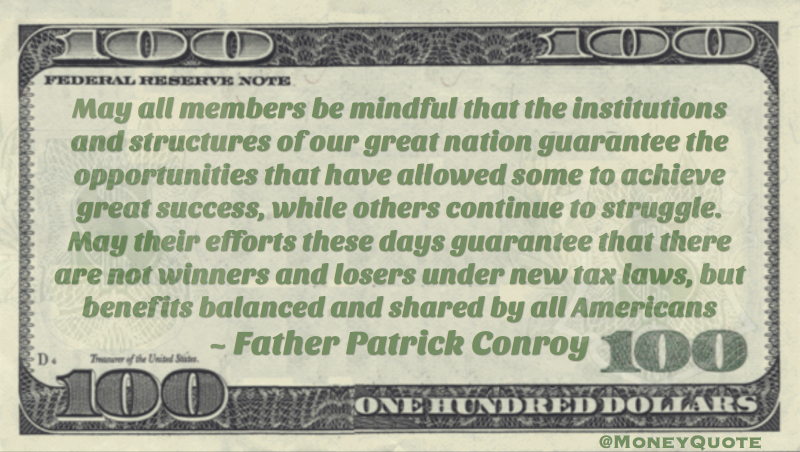 “May all members be mindful that the institutions and structures of our great nation guarantee the opportunities that have allowed some to achieve great success, while others continue to struggle. May their efforts these days guarantee that there are not winners and losers under new tax laws, but benefits balanced and shared by all Americans” — Father Patrick Conroy

Share the Father Patrick Conroy Money quote image above on your site: