Oscar Wilde Money Quote saying don’t insult those in poverty by suggesting frugality might help them. It is obscene to recommend economy to the destitute. Oscar Wilde said: 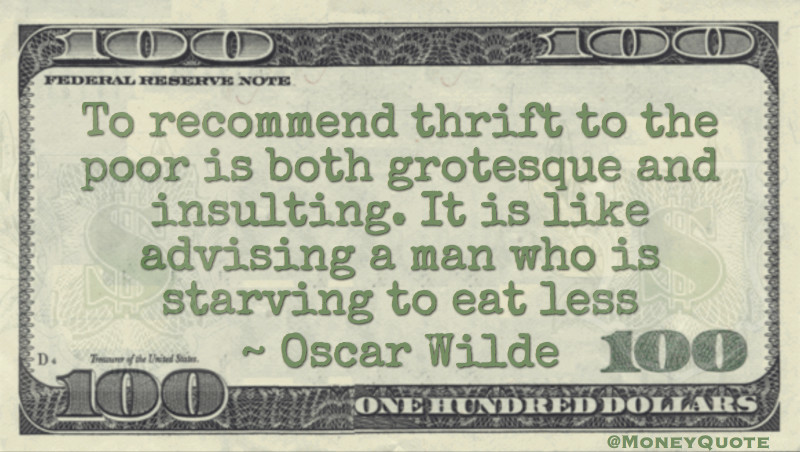 “To recommend thrift to the poor is both grotesque and insulting. It is like advising a man who is starving to eat less” — Oscar Wilde

Milton Friedman Money Quote saying he could not abide by the conflicting existence of poverty when there is wealth everywhere surrounding us. Milton Friedman said: 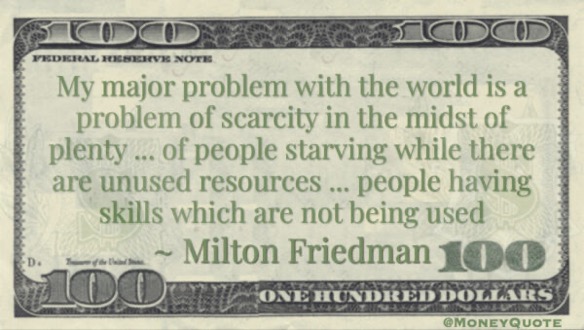 Share the Milton Friedman Money quote image above on your site:

Tupac Shakur Money Quote saying it’s unfair that rich people buy unnecessary and excessive things when there are people in poverty without anything. Tupac Shakur said: 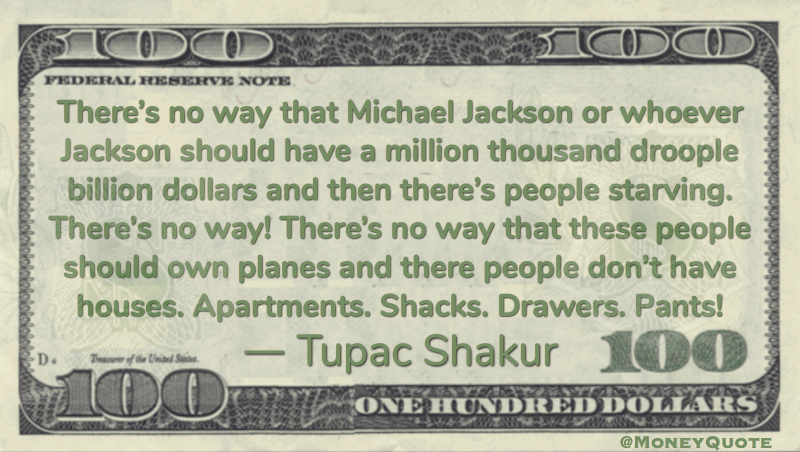 “There’s no way that Michael Jackson or whoever Jackson should have a million thousand droople billion dollars and then there’s people starving. There’s no way! There’s no way that these people should own planes and there people don’t have houses. Apartments. Shacks. Drawers. Pants!” — Tupac Shakur

Share the Tupac Shakur Money quote image above on your blog: