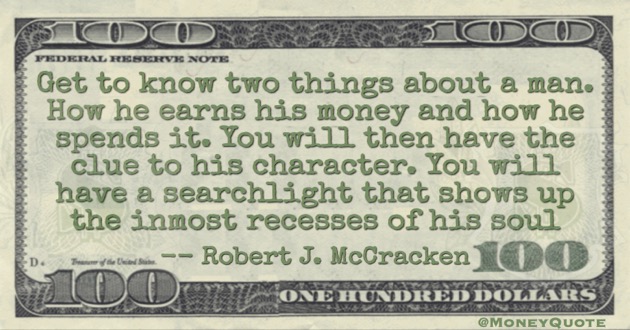 “Get to know two things about a man. How he earns his money and how he spends it. You will then have the clue to his character. You will have a searchlight that shows up the inmost recesses of his soul” — Robert J. McCracken

Share the Robert J. McCracken Money quote image above on your site:

Ezra Klein Money Quote saying the feds seem to be a giant insurance company that is protected on all sides by a big military. Ezra Klein said: 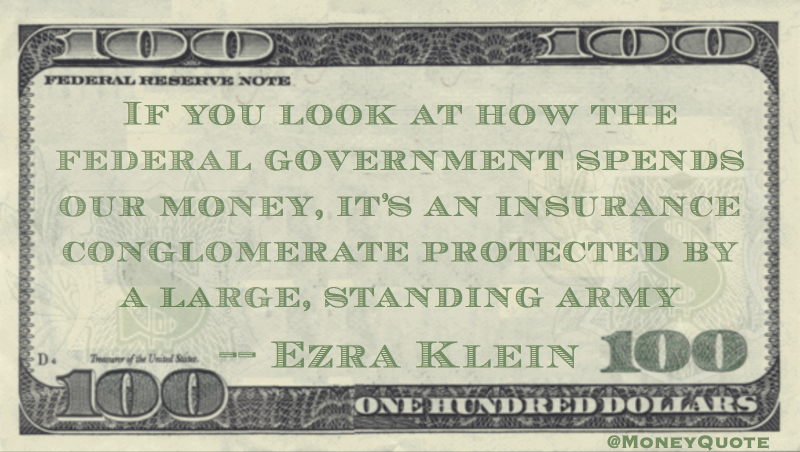 “If you look at how the federal government spends our money, it’s an insurance conglomerate protected by a large, standing army” — Ezra Klein

Share the Ezra Klein Money quote image above on your site 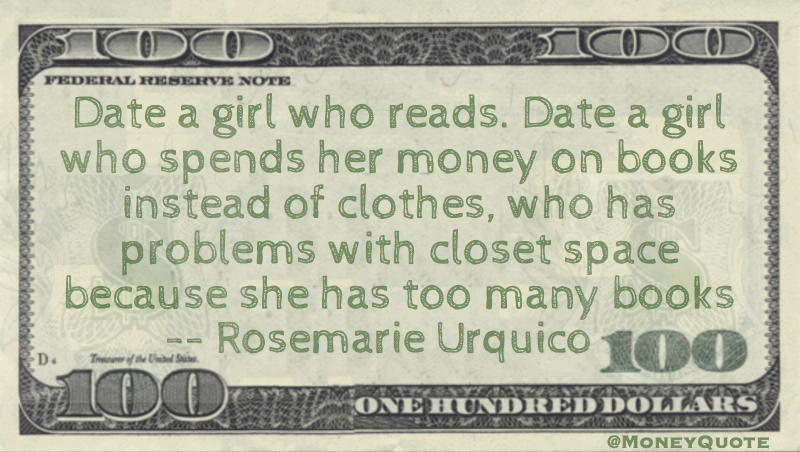 “Date a girl who reads. Date a girl who spends her money on books instead of clothes, who has problems with closet space because she has too many books” — Rosemarie Urquico

Share the Rosemarie Urquico Money quote image above on your site:

To understand someone, find out how he spends his money
— Mason Cooley

James Moffatt Money Quote saying our characteristics and attitudes about life are mirrored by how we treat money. James Moffatt said:

Funny Money Quotes: Sometimes bad guys who steal want to be more unobtrusive and careful with their spending than family who spend freely expecting you won’t notice. Henny Youngman said:

Someone stole all my credit cards, but I won’t be reporting it. The thief spends less than my wife did