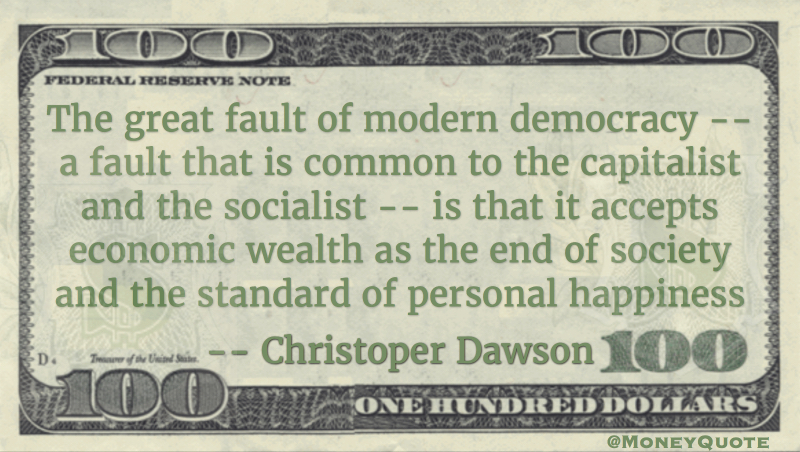 It is a socialist idea that making profits is a vice; I consider the real vice is making losses