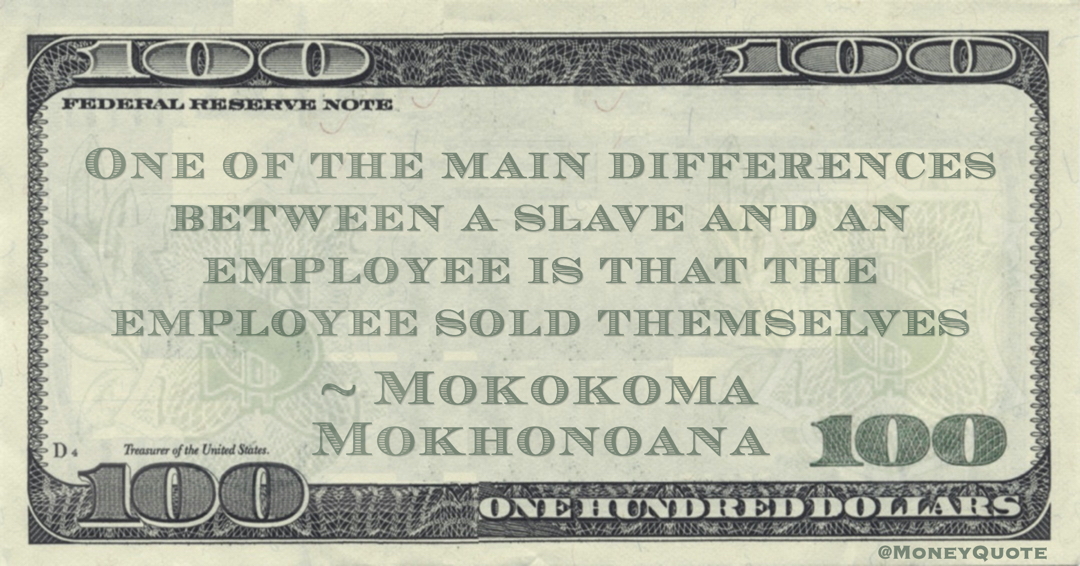 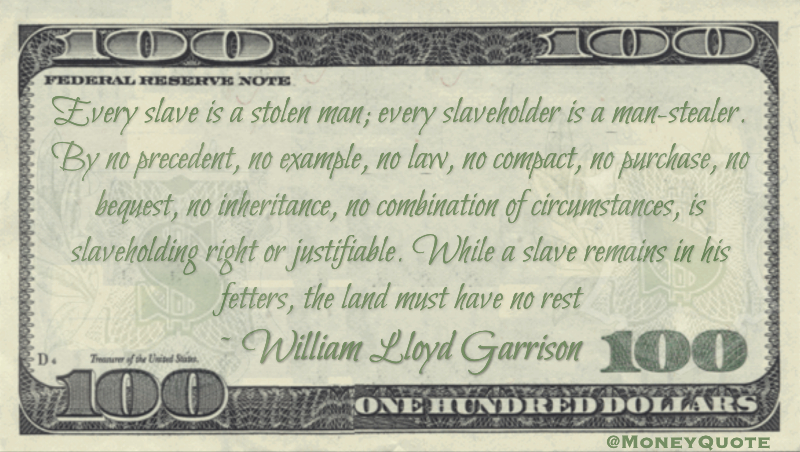 “Every slave is a stolen man; every slaveholder is a man-stealer. By no precedent, no example, no law, no compact, no purchase, no bequest, no inheritance, no combination of circumstances, is slaveholding right or justifiable. While a slave remains in his fetters, the land must have no rest” — William Lloyd Garrison

Share the William Lloyd Garrison Money quote image above on your site: 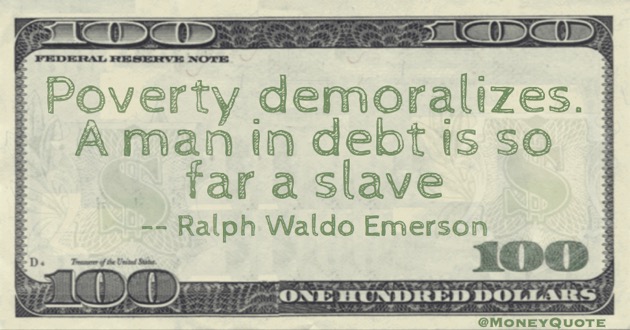 “Poverty demoralizes. A man in debt is so far a slave” — Ralph Waldo Emerson

Todd Garlington Money Quote saying in the past it was paramount that we had our freedoms, now we accept slavery as long as it pays enough for survival. Todd Garlington said:

Once people said: Give me liberty or give me death. Now they say: Make me a slave, just pay me enough
– Todd Garlington

Joseph Campbell on Being a Job Slave

Joseph Campbell Money Quotation saying when we spend our days doing things we don’t believe in and don’t care about, just to make a paycheck, we have enslaved ourselves. Joseph Campbell said:

I think a person who takes a job in order to live, that is to say, just for the money, has turned himself into a slave
— Joseph Campbell

A creditor is worse than a slave-owner; for the master owns only your person, but a creditor owns your dignity, and can command it
— Victor Hugo 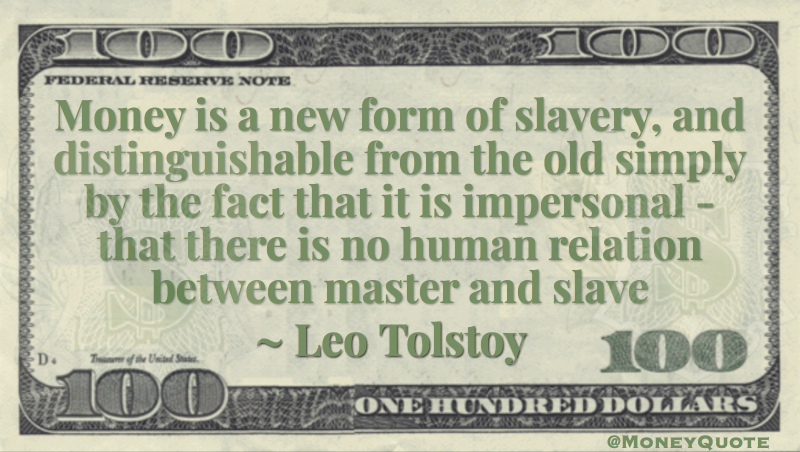