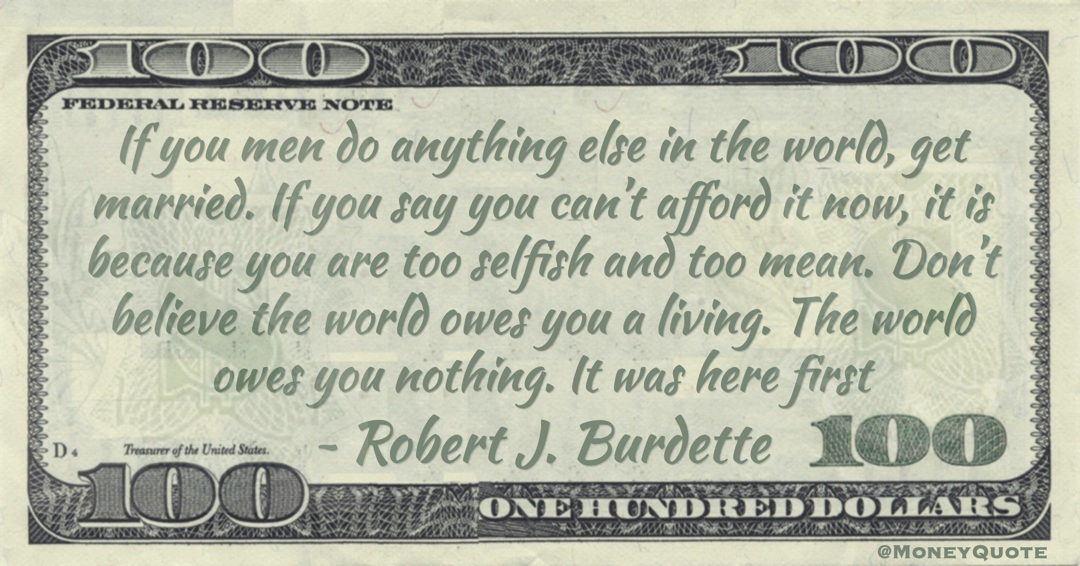 “If you men do anything else in the world, get married. If you say you can’t afford it now, it is because you are too selfish and too mean. Don’t believe the world owes you a living. The world owes you nothing. It was here first” — Robert J. Burdette

Share the Robert J. Burdette Money quote image above on your site:

Sharan Burrow: We Have a Selfish Economy

Sharan Burrow Money Quotation saying the economy as it is currently structured is set up to create wealth while not improving society. Sharan Burrow said: 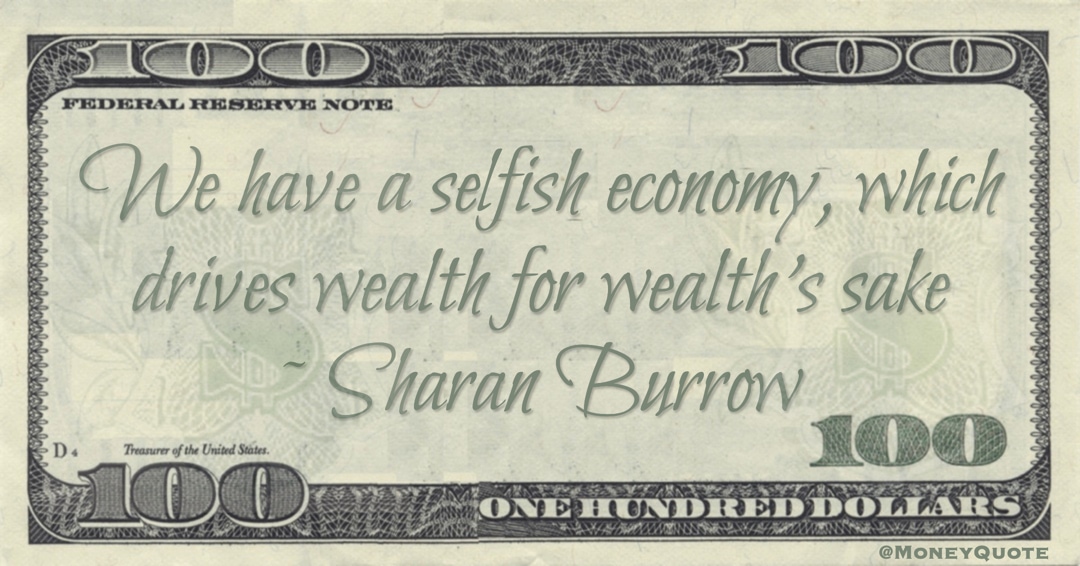 “We have a selfish economy, which drives wealth for wealth’s sake” — Sharan Burrow

Share the Sharan Burrow Money quote image above on your site:

Henry Ford Money Quotation saying our true nature is revealed when we are moneyed and the bad side becomes public when we needn’t hide our opinion to preserve our cash. Henry Ford said: 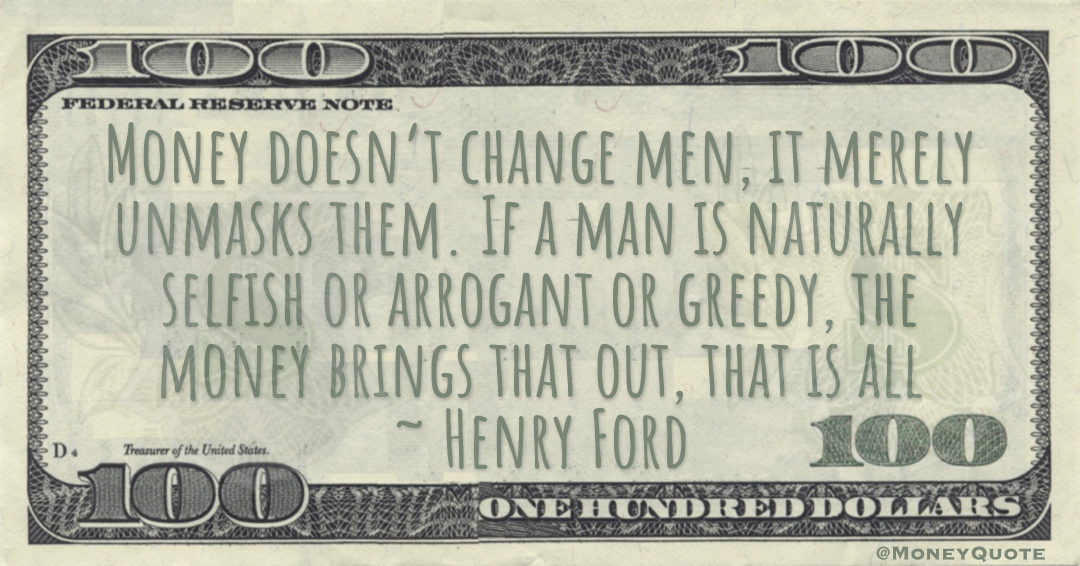 “Money doesn’t change men, it merely unmasks them. If a man is naturally selfish or arrogant or greedy, the money brings that out, that is all” — Henry Ford