Kora-Lea Vidal Money Quote saying that storing up reserves of cash can be all-consuming, but without saving good happiness and enjoyed experiences that money is useless. Kora-Lea Vidal said: 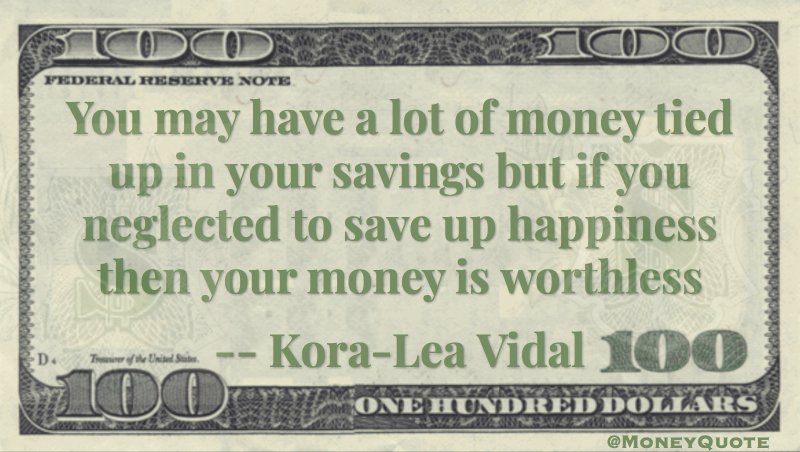 Share the Kora-Lea Vidal Money quote image above on your blog:

Elayne Boosler Money Quote saying you can get a toaster from your bank instead of getting your savings returned if they are dishonest (likely). Elayne Boosler said:

Loris Gallina Money Quote saying we trust in professionals to give us valuable advice, but his bank has failed us as a financial advisor. Loris Gallina said:

Bernie Sanders: They Bailed Out Banks

The American economy and much of the world was plunged into the worst economic decline since the 1930s. Working people lost their jobs, their homes and their savings, while the government bailed out the banks
— Bernie Sanders

Nearly half of all Americans have less than $10,000 in savings and have no idea how they will be able to retire with dignity
— Bernie Sanders