Funny Money Quotes: Not buying gifts and flowers could save a bundle and then you
could kiss and make up after Valentine’s Day. David Letterman said: 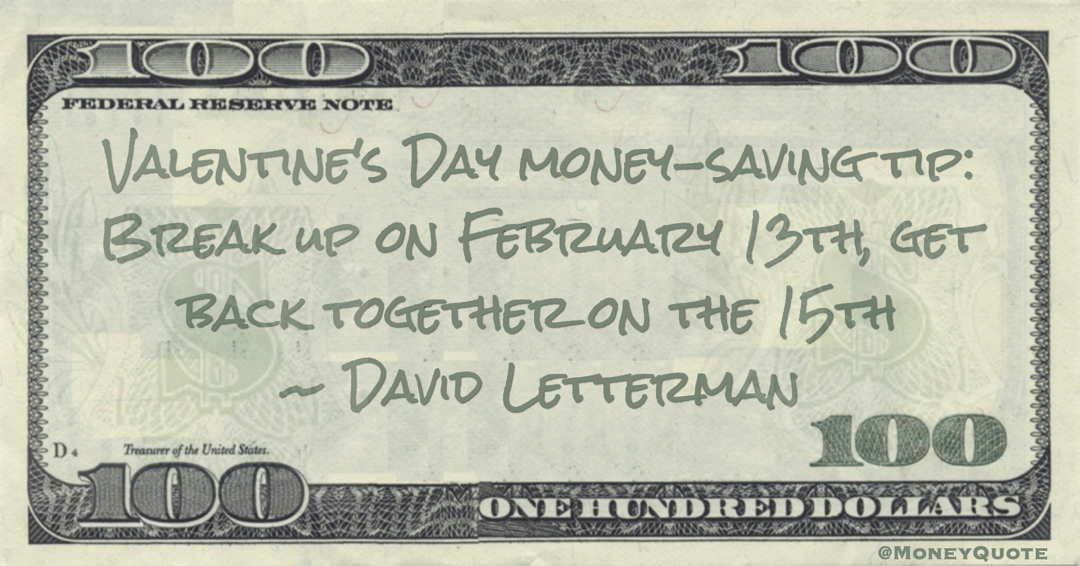 “Valentine’s Day money-saving tip: Break up on February 13th, get back together on the 15th” — David Letterman

Share the David Letterman Money quote image above on your site:

1 Corninthians on Saving for Charity

On the first day of every week, each one of you should set aside a sum of money in keeping with his income, saving it up, so that when I come no collections will have to be made
— 1 Corinthians 16:2

Phyllis George Money Quotation saying having cash means not having those responsibilities and tasks that we wish to avoid and can pay others to do for us. Phyllis George said:

The most popular labor-saving device is still money 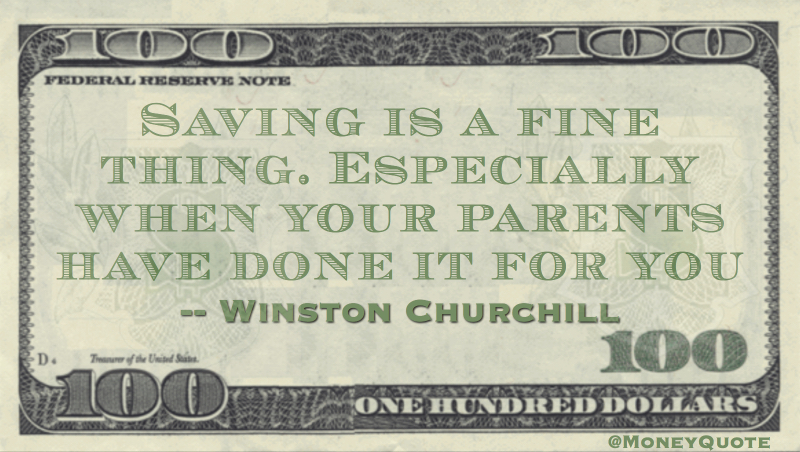 Saving is a fine thing. Especially when your parents have done it for you
— Winston Churchill

#NationalWinstonChurchillDay April 9 in 1963, Winston Churchill, Prime Minister of the United Kingdom during World War II, become an Honorary Citizen of the United States. Born November 30, 1874
Short Link to this Quote: