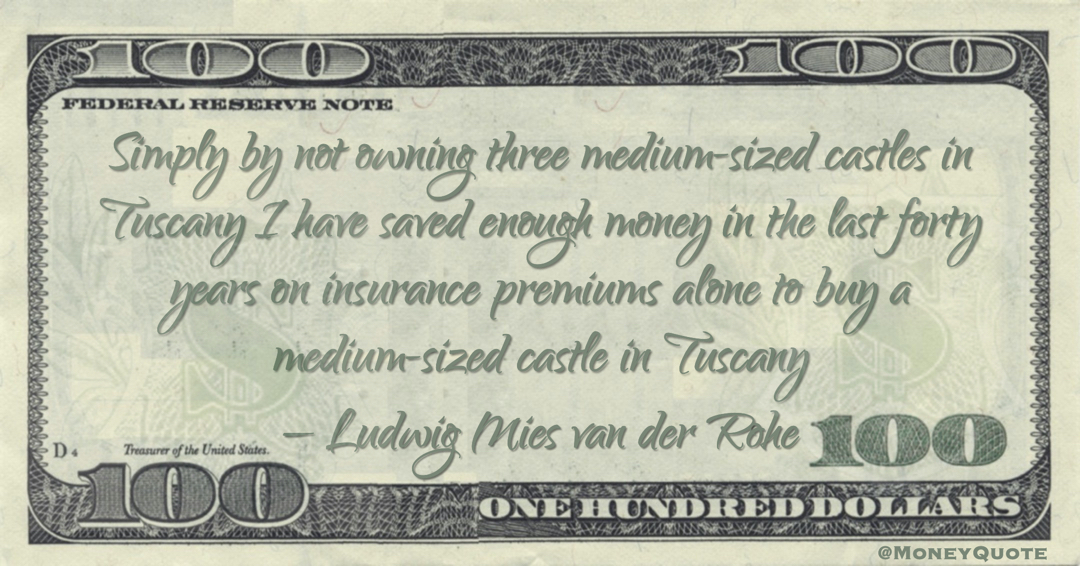 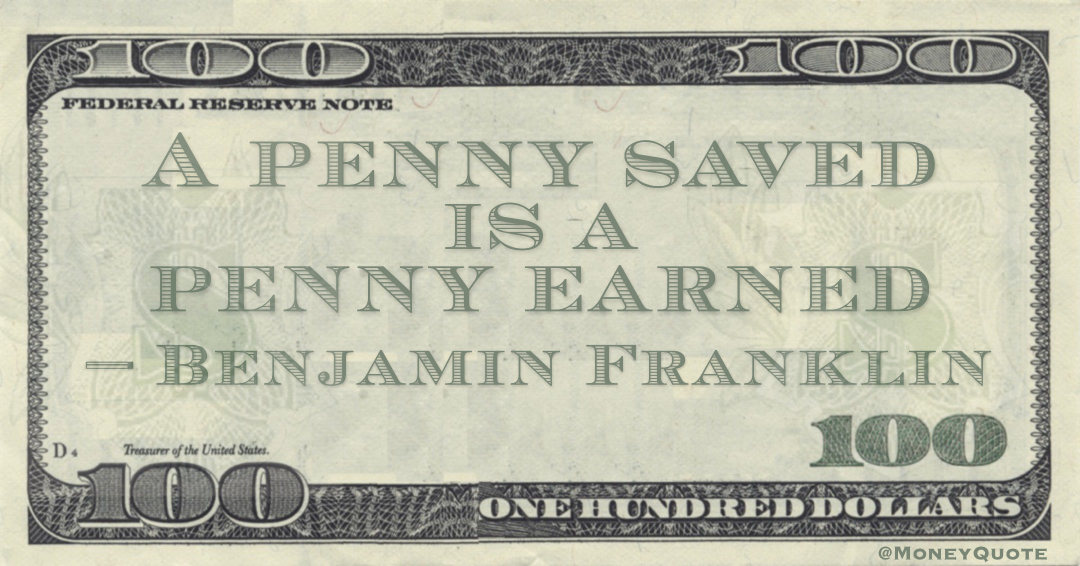 “A penny saved is a penny earned” — Benjamin Franklin

Soren Kierkegaard: Envy Him His Money 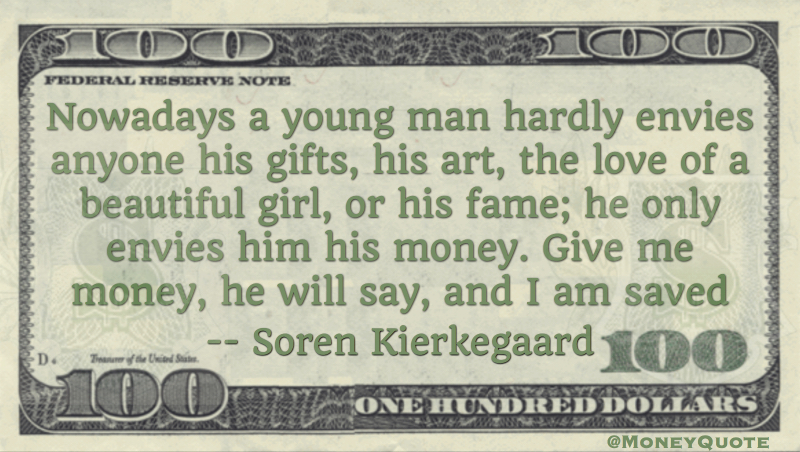 “Nowadays a young man hardly envies anyone his gifts, his art, the love of a beautiful girl, or his fame; he only envies him his money. Give me money, he will say, and I am saved” — Soren Kierkegaard

Share the Soren Kierkegaard Money quote image above on your site:

Victor Borge Money Quote saying the twice-yearly time change, or daylight savings, may be a way to save when we can find no other options. Victor Borge said:

I don’t mind going back to daylight saving time. With inflation, the hour will be the only thing I’ve saved all year
— Victor Borge

Bob Dylan Money Quotation saying that money is not relevant to religious salvation after his conversion to christianity. Bob Dylan said: 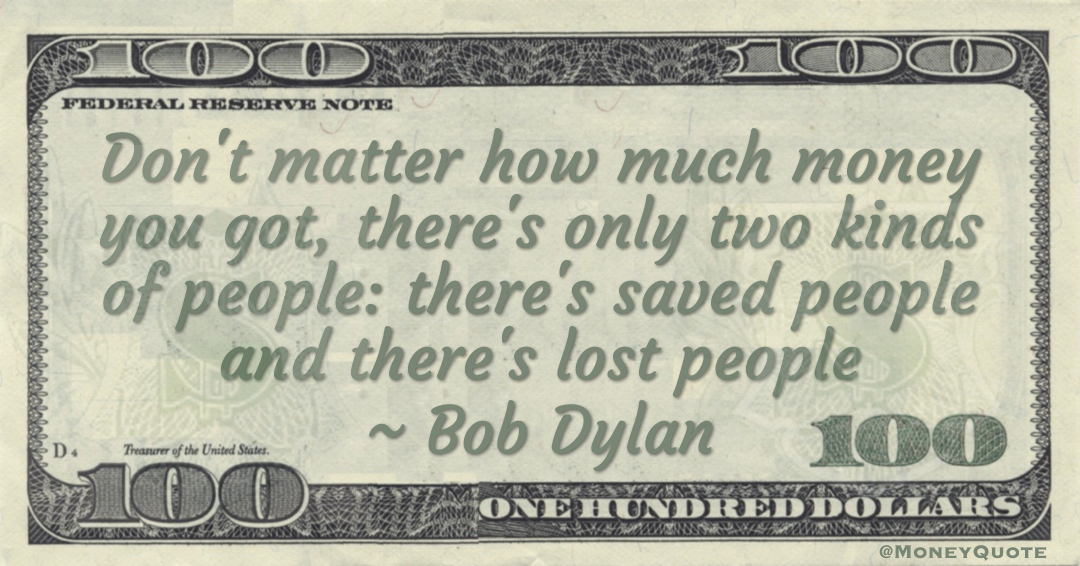 “Don’t matter how much money you got, there’s only two kinds of people: there’s saved people and there’s lost people” — Bob Dylan