Funny Money Quotes: Paying triple the amount you used to pay when you no longer need it as much is the definition of inflation. Sam Ewing said: 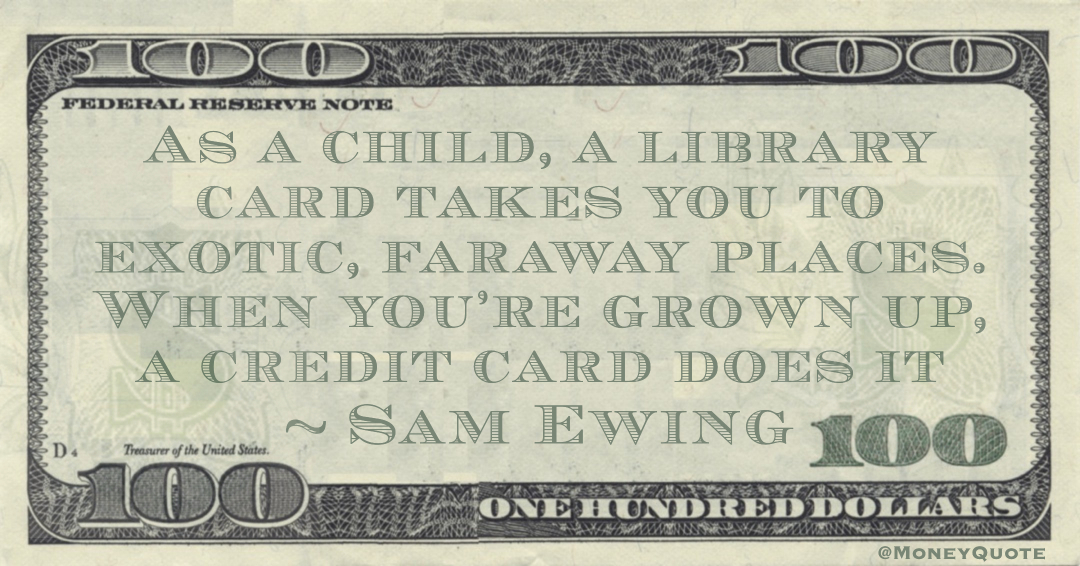 “As a child, a library card takes you to exotic, faraway places. When you’re grown up, a credit card does it” — Sam Ewing

Share the Sam Ewing Money quote image above on your site: