Oscar Wilde: Charge Too Much

Oscar Wilde Money Quote saying the only thing a salesman knows about his wares is that they aren’t worth what he sells them for. Oscar Wilde said: 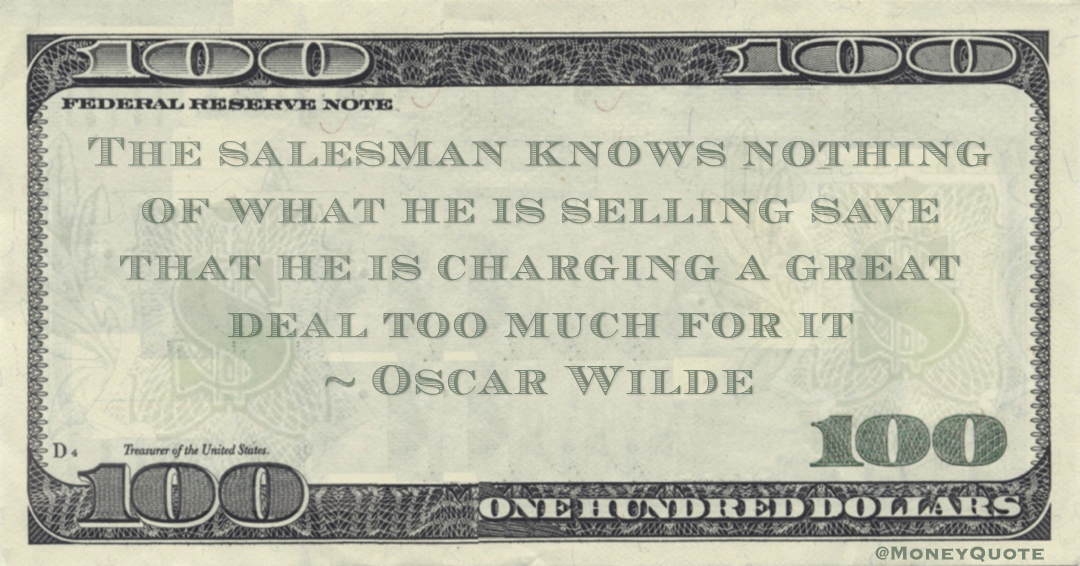 Toba Beta Money Quote saying the measure of a sales person is whether they can make us do what we don’t need to do. Toba Beta said: 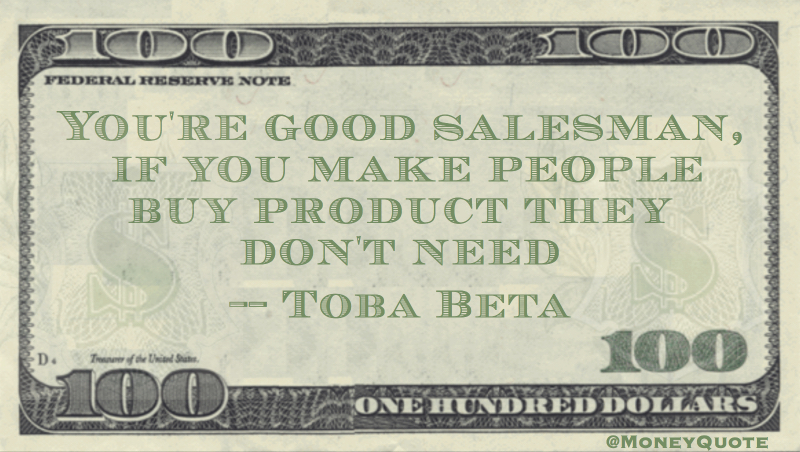 “Blagojevich put a ‘for sale’ sign on the naming of a [U.S.] Senator; involved himself personally in pay-to-play schemes with the urgency of a salesman meeting his annual sales target” — Patrick Fitzgerald

Share the Patrick Fitzgerald Money quote image above on your site: