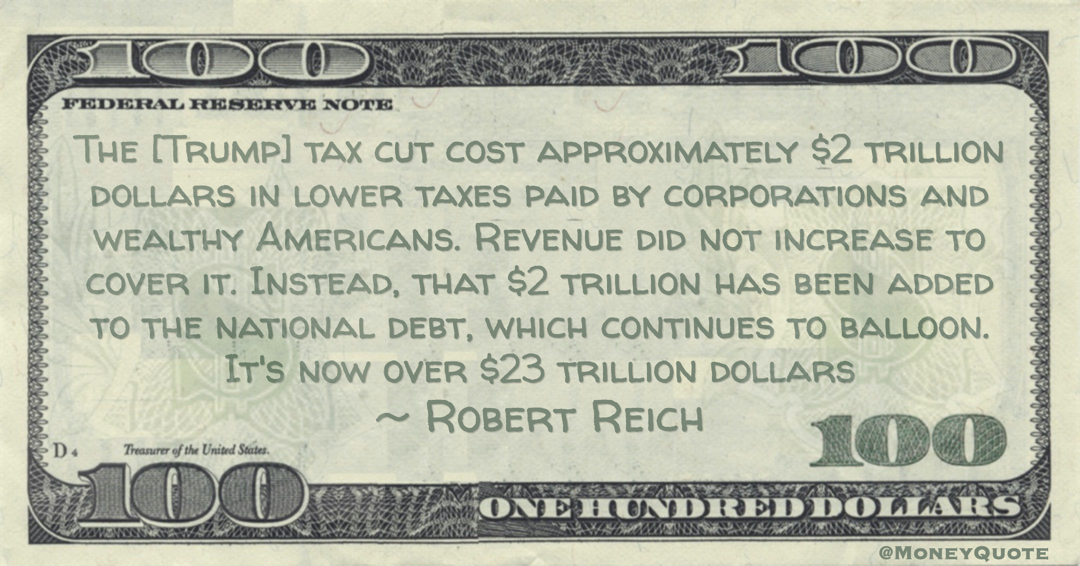 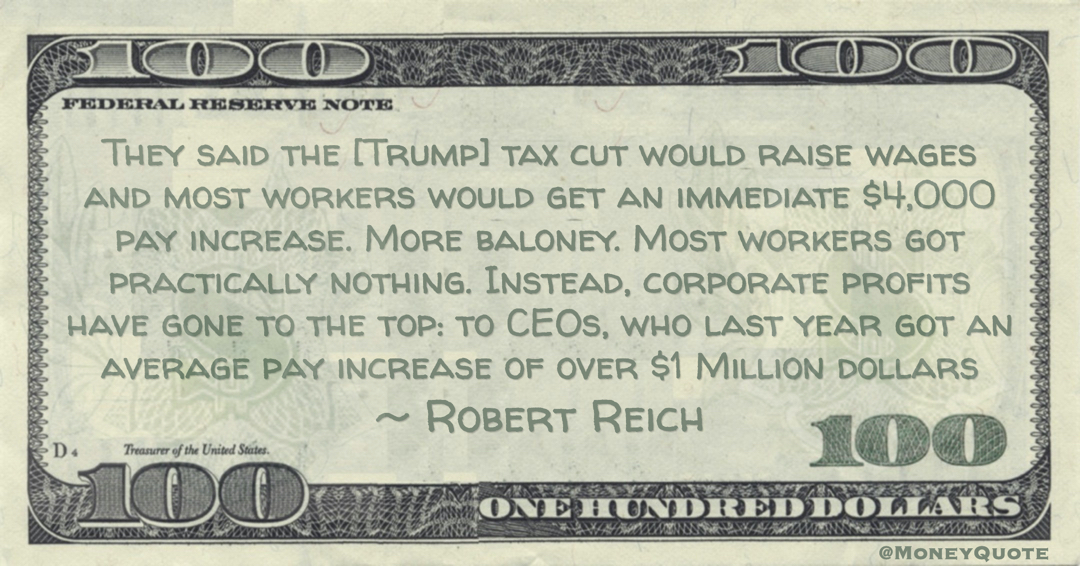 Big corporations and the richest 1% of Americans have poured hundreds of millions of dollars into Washington, purchasing enormous political influence and drowning out the voice of average Americans
— Robert Reich

Commonly believed, especially among Republicans, that the rich deserve their wealth because they work harder than others. In reality, a large and growing portion of the super-rich have never broken a sweat. Their wealth has been handed to them
— Robert Reich

Robert Reich Money Quote saying Trump needs to stop seeking foreign campaign donations because it is against the law to do so. He’s also been actively soliciting campaign funds from officials of foreign governments — in the United Kingdom, Iceland, Australia and elsewhere.Robert Reich said:

Someone should let Trump know it’s illegal for candidates for federal office to solicit foreign money, regardless of whether the donations ever materialize
— Robert Reich

Reich continues, “In addition, foreign individuals, corporations and governments are barred from either giving money directly to U.S. candidates or spending on advertising to influence U.S. elections.”

Robert Reich Money Quote saying financilization of business creates a bias toward the wealthy at the top. Robert Reich said: