Robert Koch Money Quote saying that his wealth was gained by discovering things that were in plain sight to the German physician and bacteriologist. Robert Koch said: 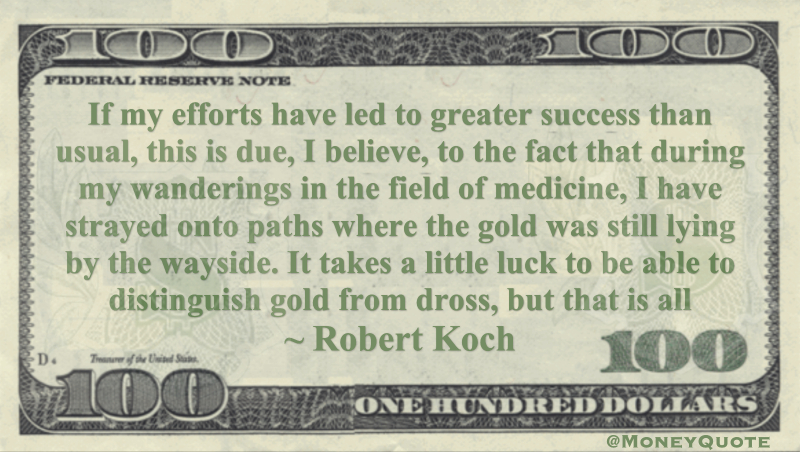 “During my wanderings in the field of medicine, I have strayed onto paths where the gold was still lying by the wayside. It takes a little luck to be able to distinguish gold from dross, but that is all” — Robert Koch

Share the Robert Koch Money quote image above on your site: