Rip Taylor Money Quote saying he was not dead – it was Rip Torn … until today… when it really was Rip Taylor – RIP Rip. Rip Taylor said: 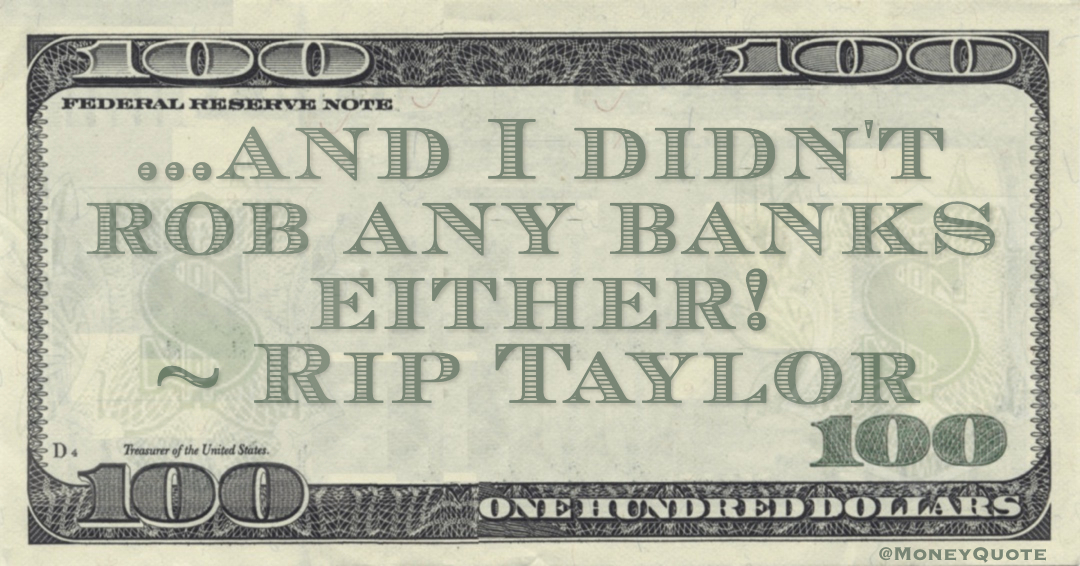 Share the Rip Taylor Money quote image above on your site: 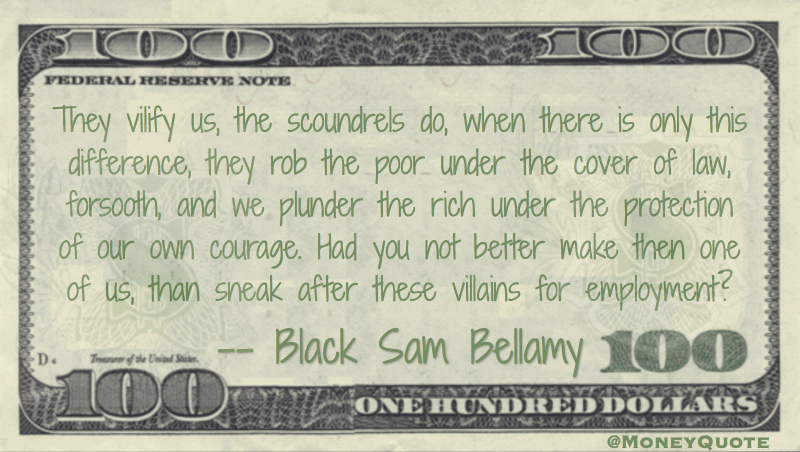 Bonoboism: Bankers can Rob the World

@Bonoboism (Twitter) Money Quotation saying that stealing from a bank requires a weapon, but owning a bank is a weapon.