Steve Allen Money Quote saying that because we love to laugh and need the relief of laughter, we are inclined to pay very well those who are able to do it. Steve Allen said: “Without laughter life on our planet would be intolerable. So important is laughter to us that humanity highly rewards members of one of the most unusual professions on earth, those who make a living by inducing laughter in others” — Steve Allen

Share the Steve Allen Money quote image above on your site: 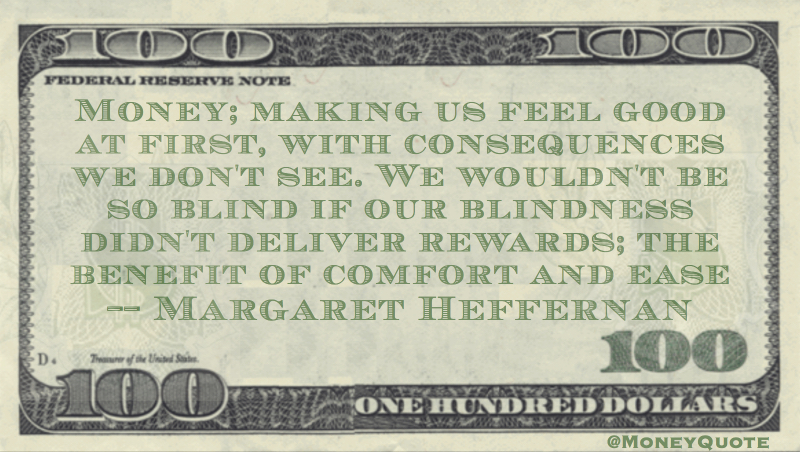 “Money; making us feel good at first, with consequences we don’t see. We wouldn’t be so blind if our blindness didn’t deliver rewards; the benefit of comfort and ease” — Margaret Heffernan

Share the Margaret Heffernan Money quote image above on your site:

For too long, a small group in our nation’s capital has reaped the rewards of government while the people have borne the cost. Washington flourished, but the people did not share in its wealth. Politicians prospered, but the jobs left. And the factories closed.
— Donald Trump