“I prize thy love more than whole mines of Gold. Or all the riches that the East doth hold. My love is such that rivers cannot quench, Nor ought but love from thee, give recompense. Thy love is such I can no way repay, The heavens reward thee manifold repay” — Anne Bradstreet

Share the Anne Bradstreet Money quote image above on your site:

Dave Warawa Money Quote saying successful leaders expect no compensation for it beyond satisfaction from that choice. Dave Warawa said: “Leadership is not a job you take, it’s a decision you make. It pays no money, yet has the greatest reward” — Dave Warawa

Share the Dave Warawa Money quote image above on your site: 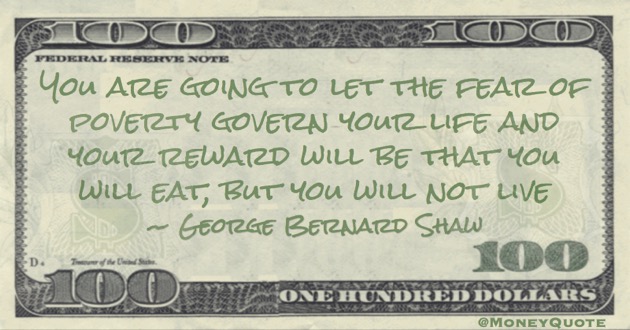 “You are going to let the fear of poverty govern your life and your reward will be that you will eat, but you will not live” — George Bernard Shaw 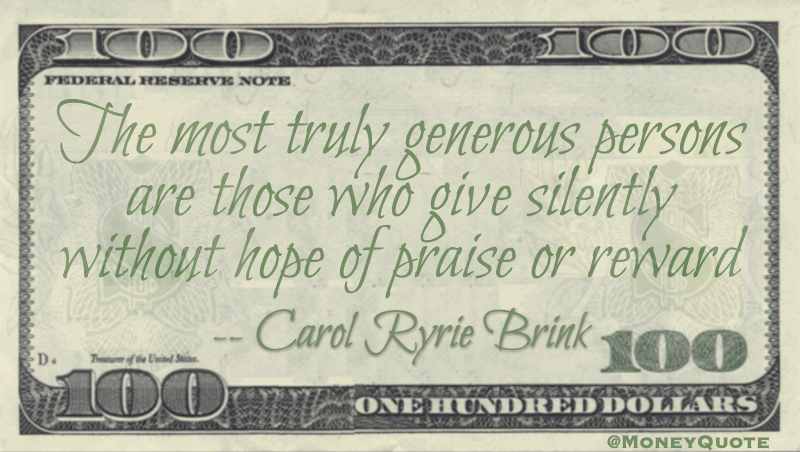 Share the Carol Ryrie Brink Money quote image above on your site:

Jarod Kintz Money Quotation saying find a cash stash means a reward for turning it in for less than the total worth of that found – keep the money. Jarod Kintz said:

If I found money, I’d turn it in—for the reward. Unless the reward money was less than the value of the money I found, and obviously it would be, in which case I’d keep the money
— Jarod Kintz

Barack Obama Money Quotation saying The things we value in our society are often of little value at all and that we need to consider what is truly important. Barack Obama said:

We reward people a lot for being rich… one of the values I think we need to instill in our country, in our children, is a sense of ‘usefulness’– Barack Obama