“The revenue of the country, levied almost insensibly to the taxpayer, goes on from year to year, increasing beyond either the interests or the prospective wants of the Government” — Franklin Pierce

Share the Franklin Pierce Money quote image above on your site: 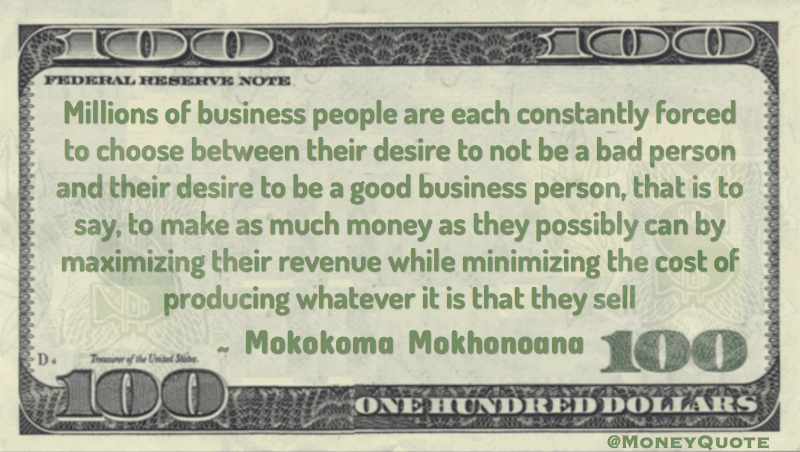 Cicero Money Quote saying wealth is more a state of mind than of what possessions can be counted. Cicero said:

Wealth is not defined by the valuation of the census, but by habit and mode of life: not to be greedy is wealth; not to be extravagant is revenue. Above all things, to be content with what we possess is the greatest of all riches
— Cicero

Divorce lawyers stoke anger and fear in their clients, knowing that as long as the conflicts remain unresolved the revenue stream will keep flowing
— Craig Ferguson 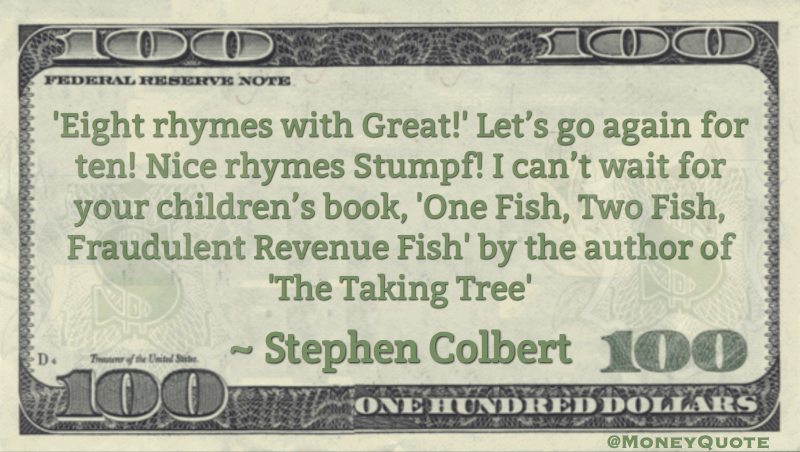 Funny Money Quote – Former Vice President Dan Quayle was credited with some malapropisms, some slips of the tongue and some confusion of time and place, but here he says clearly in this funny money quote – no one was fooled. More in the video below.

Our party has been accused of fooling the public by calling tax increases ‘revenue enhancement’. Not so. No one was fooled
— Dan Quayle