I’m raising money for the party, and I’ll do well. But the whole system is crazy. To spend $2 billion or $1 billion … I just don’t know why you need that much money
— Donald Trump

Posted by admin on Wednesday, March 4, 2015
Post by Every Voice. 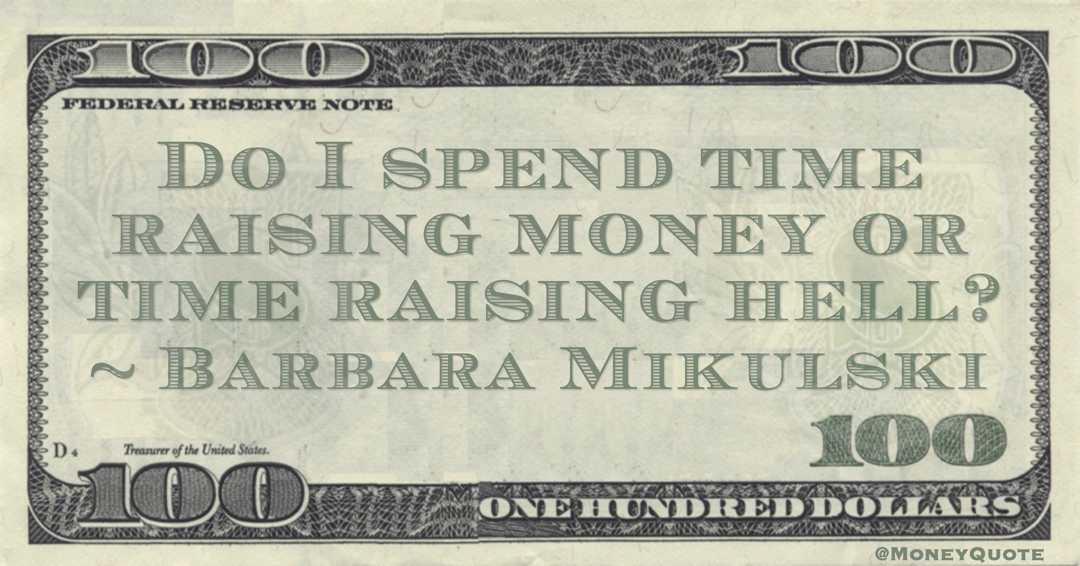 Share the Barbara Mikulski Money quote image above on your site: