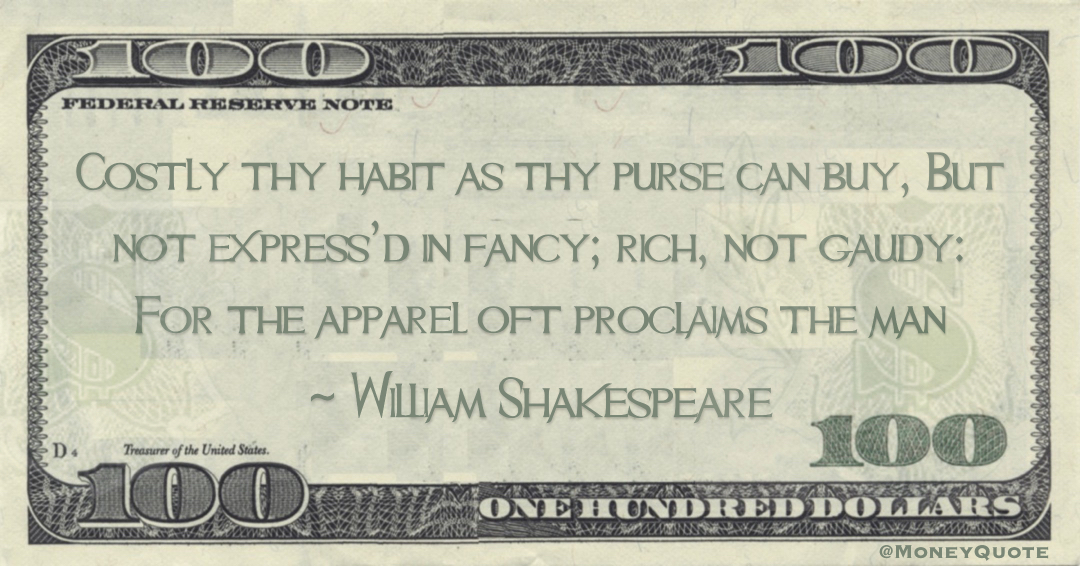 “Costly thy habit as thy purse can buy, But not express’d in fancy; rich, not gaudy: For the apparel oft proclaims the man” — William Shakespeare

As the purse is emptied, the heart is filled
— Victor Hugo

“In three things is a man revealed: in his wine goblet, in his purse, and in his wrath” — Babylonian Talmud

Emo Philips Funny Money Quote saying he tired of running away from purse snatching target and gave it back. Emo Philips said: 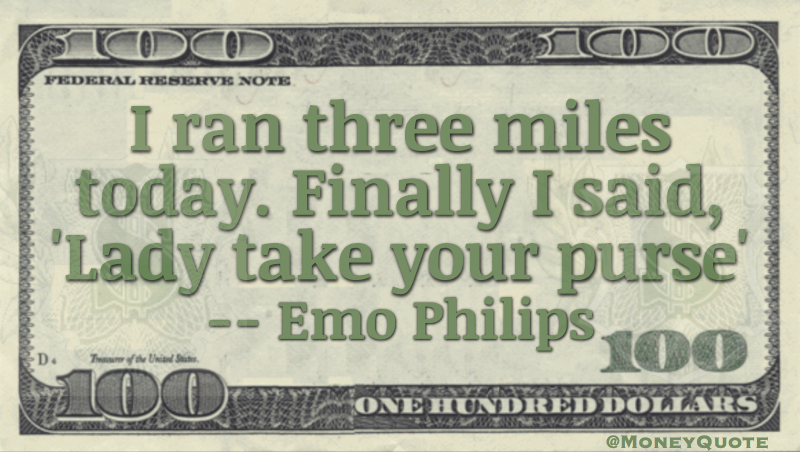 Share the Emo Philips Money quote image above on your site:

One thing that I think Republicans and Democrats can agree on, is that justice is not equal when you have a big purse.
— Jack Kingston

Shakespeare on Borrowing to Pay Debt 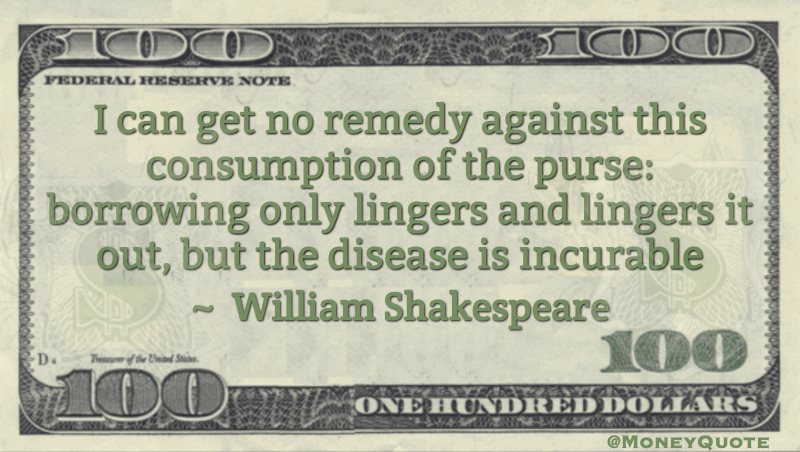 “I can get no remedy against this consumption of the purse: borrowing only lingers and lingers it out, but the disease is incurable” — William Shakespeare

Share theWilliam Shakespeare Money quote image above on your site:

Shakespeare Money Quotation saying The container for our cash is truly trash, but our name and reputation count far more than any account can hold. Shakespeare said:

Who steals my purse steals trash … but he that filches from me my good name robs me of that which … makes me poor indeed.
–William Shakespeare