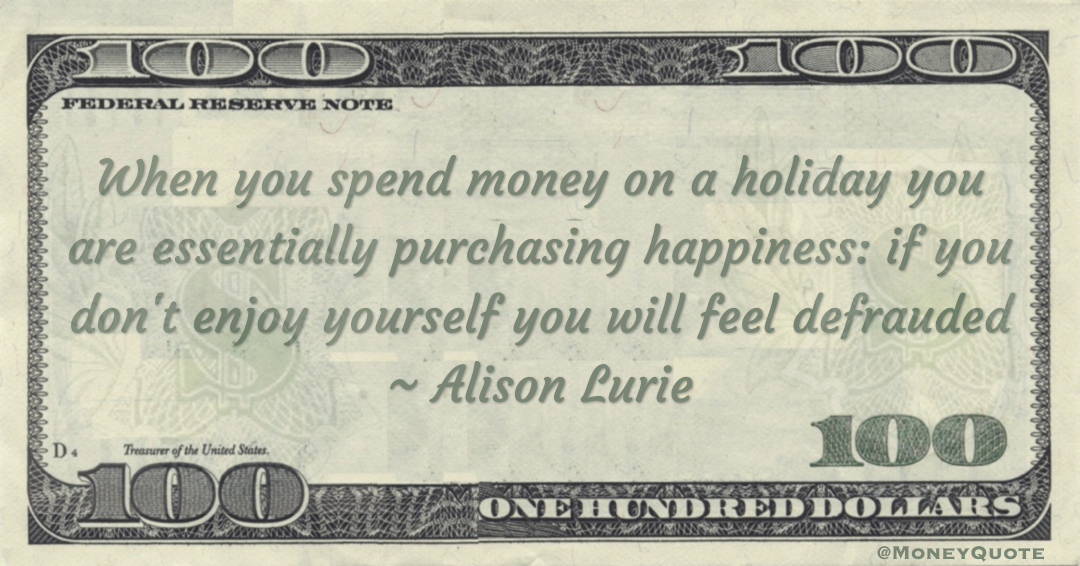 “When you spend money on a holiday you are essentially purchasing happiness: if you don’t enjoy yourself you will feel defrauded” — Alison Lurie

Share the Alison Lurie Money quote image above on your site:

Big corporations and the richest 1% of Americans have poured hundreds of millions of dollars into Washington, purchasing enormous political influence and drowning out the voice of average Americans
— Robert Reich

I like to pay taxes. It is purchasing civilization
— Oliver Wendell Holmes

Former Secretary of Labor Robert Reich Money Quotation saying that the lie of trickle-down theory was effective until we learned it didn’t work. Robert Reich said:

Corporations don’t create jobs, customers do. So when all the economic gains go to the top, as they’re doing now, the vast majority of Americans don’t have enough purchasing power to buy the things corporations want to sell — which means businesses stop creating enough jobs.
— Robert Reich