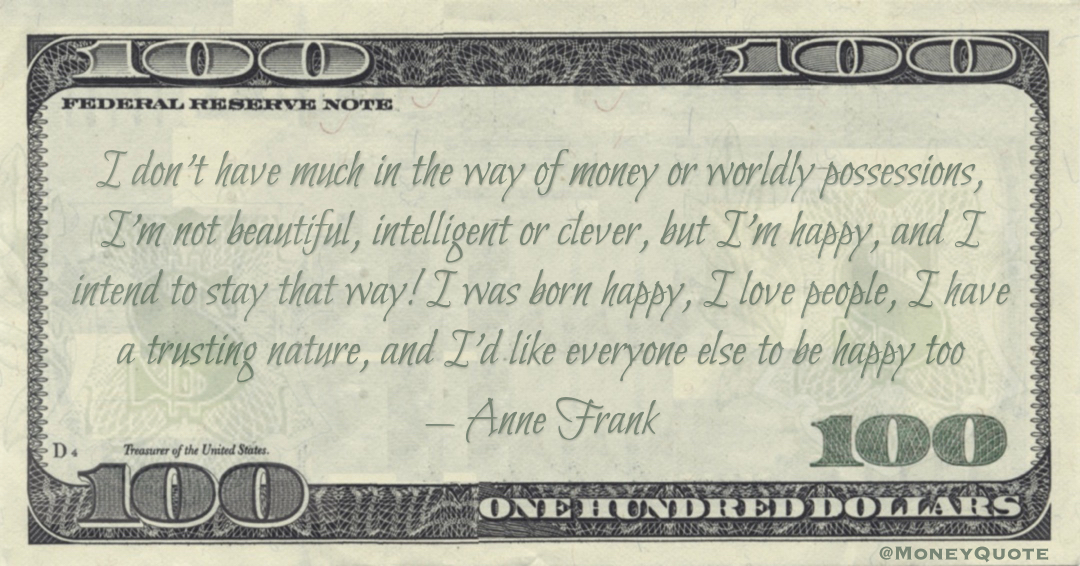 “I don’t have much in the way of money or worldly possessions, I’m not beautiful, intelligent or clever, but I’m happy, and I intend to stay that way! I was born happy, I love people, I have a trusting nature, and I’d like everyone else to be happy too” — Anne Frank

Share the Anne Frank Money quote image above on your site:

Breanna Sampson: No Money Can Satiate

Breanna Sampson Money Quote saying satisfaction with what we already possess is never going to be possible if we always want more. Breanna Sampson said:

If we cannot be contented with our current lives and possessions, then we are feeding an appetite that no amount of money will ever satiate
– Breanna Sampson

Luke 12:15 bible Money Quote saying that our lives are not measured by our possessions and we should avoid being greedy for things that don’t make a life worthwhile. Luke 12:15 said:

Watch out! Be on your guard against all kinds of greed; life does not consist in an abundance of possessions
— Luke 12:15

Epictetus Money Quotation saying it’s all about perception, we perceive ourselves wealthy when we have all we desire and need little more. Epictetus said:

Wealth consists not in having great possessions, but in having few wants
— Epictetus 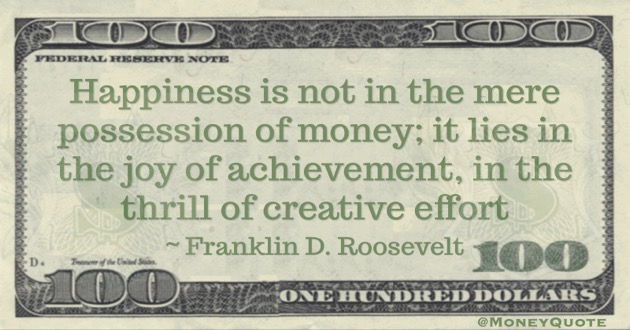 “Happiness is not in the mere possession of money; it lies in the joy of achievement, in the thrill of creative effort” — Franklin D. Roosevelt

No matter how little money and how few possessions you own, having a dog makes you rich

Many wealthy people are little more than janitors of their possessions