African Money Proverb saying being poor would be best described as being bereft of friends and family and not necessarily cash. African Proverb said: 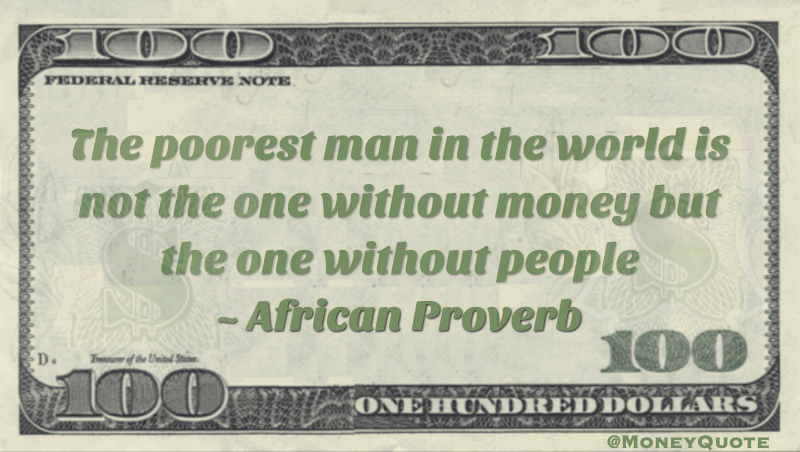 Share the African Money Proverb image above on your site: 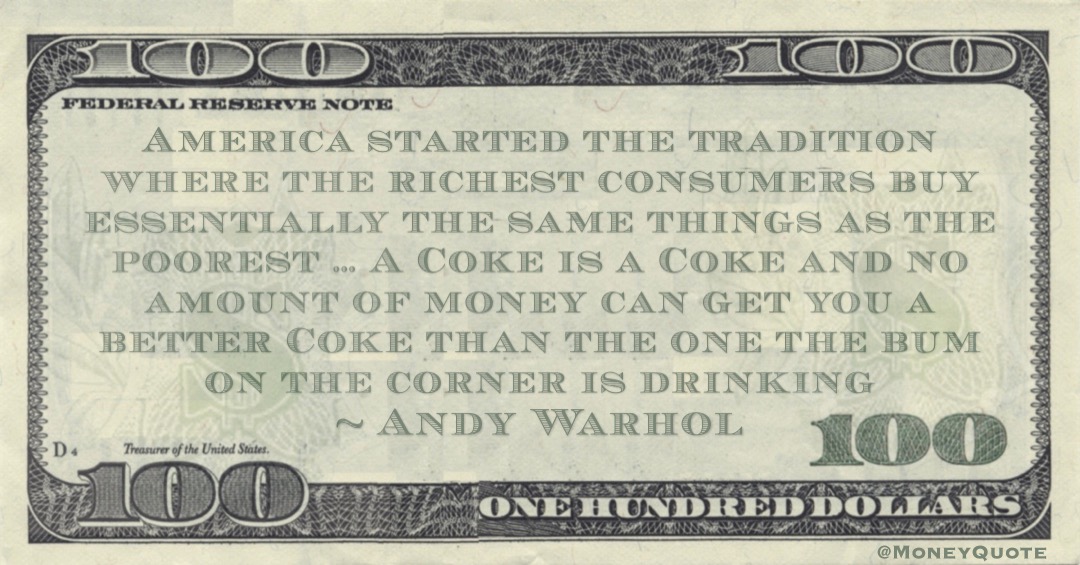 Share the Andy Warhol Money quote image above on your site:

This kind of gap between the wealthiest and the poorest will get closed. History shows it usually ends in one of three ways — either higher taxes, revolution, or war. None of those are on my bucket list
— Paul Tudor Jones

Ralph Waldo Emerson Money Quote saying history shows us that being poor doesn’t stop a man from being great, and he doesn’t say directly who he meant, many assume Jesus Christ — Emerson said: 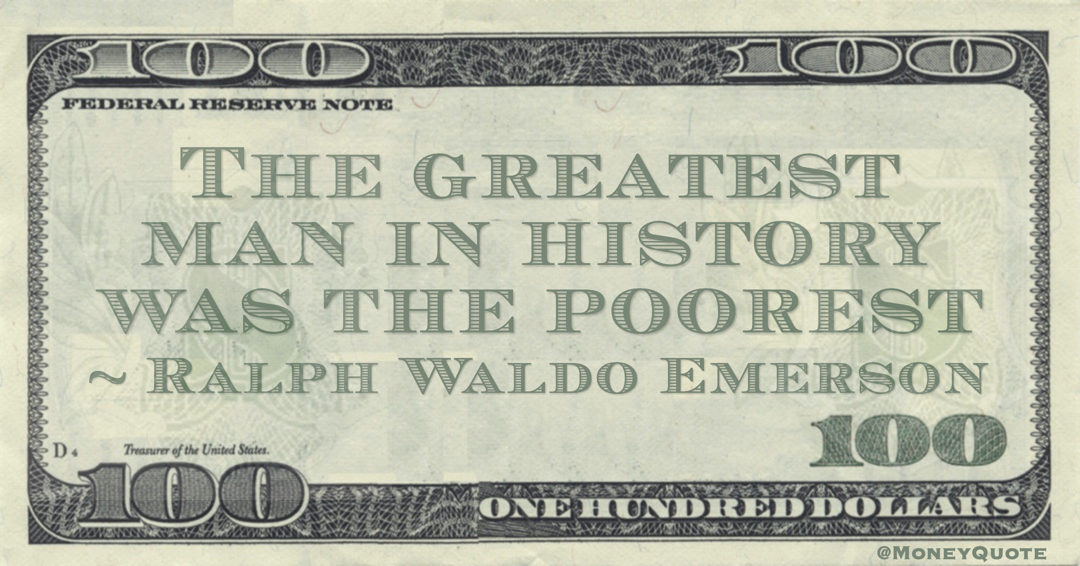 “The greatest man in history was the poorest” — Ralph Waldo Emerson