Kamala Harris Money Quote saying tax policy should address the needs and values of citizens rather than to the wealthy and corporations. Kamala Harris said: 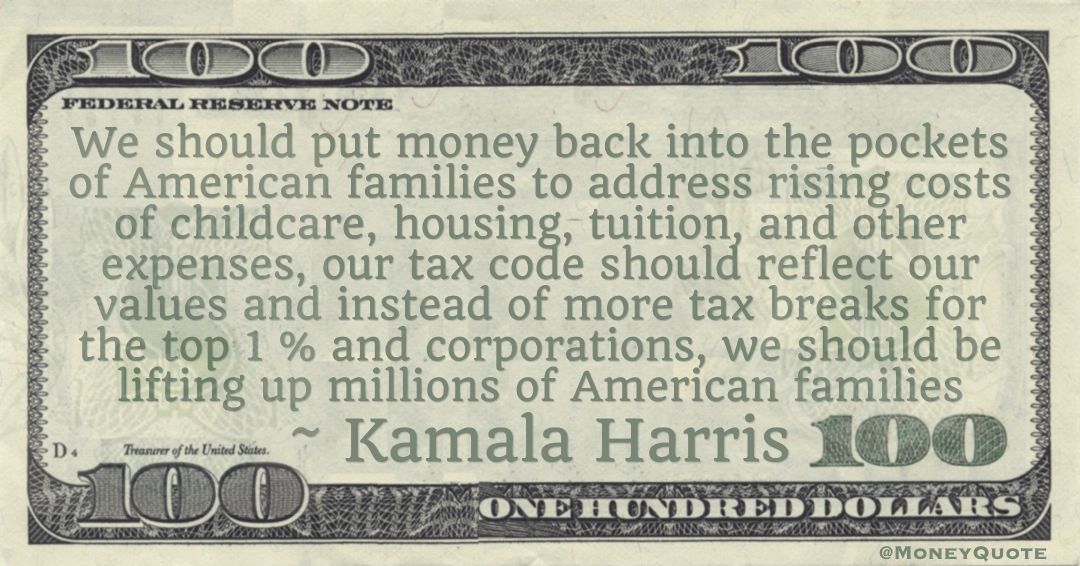 “We should put money back into the pockets of American families to address rising costs of childcare, housing, tuition, and other expenses, our tax code should reflect our values and instead of more tax breaks for the top 1 % and corporations, we should be lifting up millions of American families” — Kamala Harris

Elijah Cummings Money Quote saying as chair of the oversight & reform committee that Trump has violated the emoluments clause of the U.S. constitution. Elijah Cummings said: 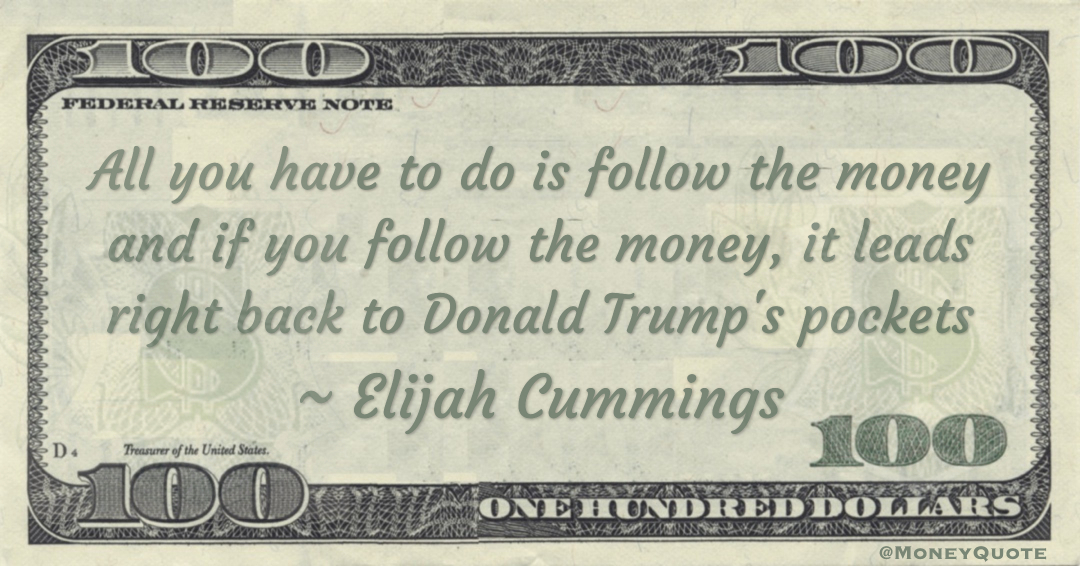 Share the Elijah Cummings Money quote image above on your site:

Like a cracked pipe, money gushes into our health care system but steadily leaks out. Money is siphoned into the advertising budgets of insurance companies and the army of corporate bureaucrats working to deny claims. Even more dollars are soaked up by the pockets of insurance CEOs
— Carol Paris

If you can convince the lowest white man he’s better than the best colored man, he won’t notice you’re picking his pocket. Hell, give him somebody to look down on, and he’ll empty his pockets for you
— Lyndon B. Johnson

Empty pockets never held anyone back. Only empty heads and empty hearts can do that
— Norman Vincent Peale

Concentration of wealth yields concentration of power, particularly so as the cost of elections skyrockets, which kind of forces the political parties into the pockets of major corporations
— Noam Chomsky

Dana Gioia Money Quotation saying in this excerpt from ‘The Lions of Winter’ enjoying four metaphors we love to use for handling our cash. Dana Gioia said:

Money… Chock it up, fork it over, shell it out. Watch it burn holes through pockets
— Dana Gioia

Funny Money Quotes: Offering a perfectly rational reason that dogs are always begging – they have no place to keep their cash!. Jerry Seinfeld said: 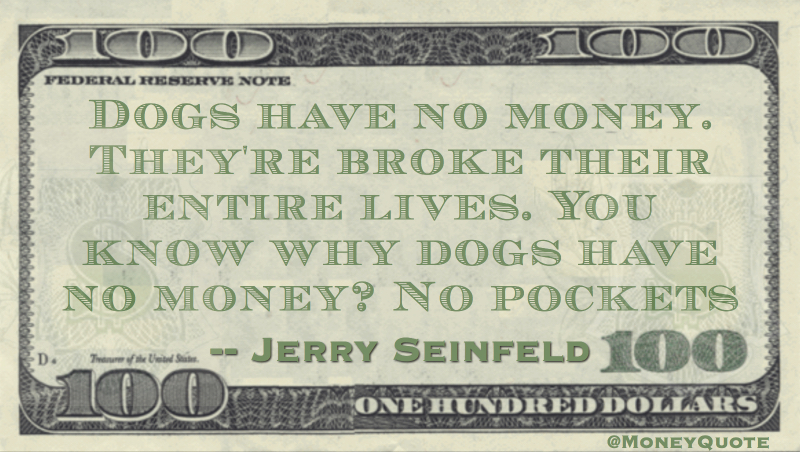 Share the Jerry Seinfeld Money quote image above on your site: