Dorothy West Money Quote saying in her book, ‘The Living is Easy’ that when someone is rich they feel less pain in the wallet than others facing similar expenses. Dorothy West said: 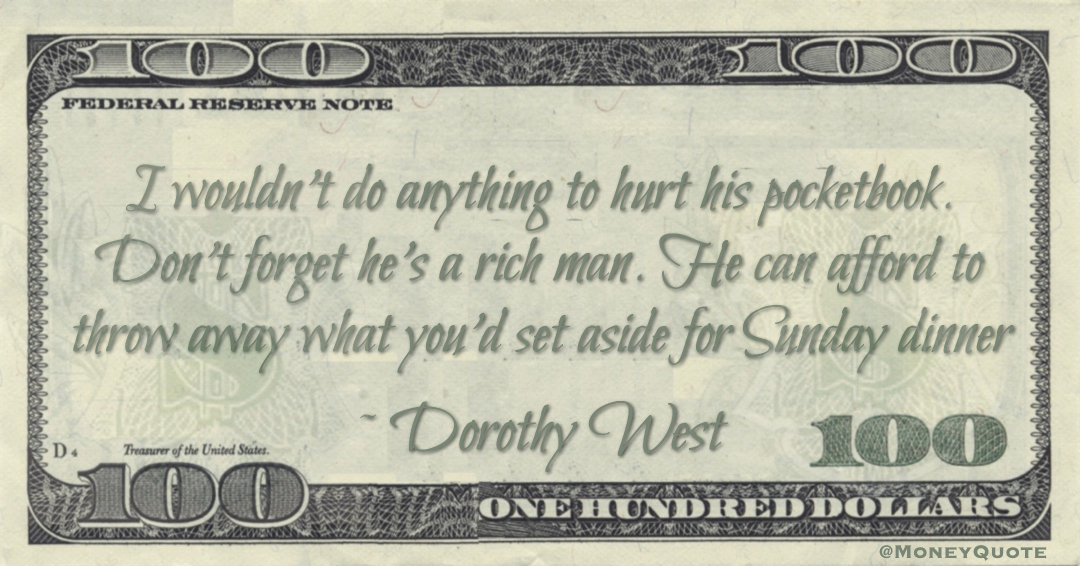 “I wouldn’t do anything to hurt his pocketbook. Don’t forget he’s a rich man. He can afford to throw away what you’d set aside for Sunday dinner” — Dorothy West

The Living is Easy, Page 184, The Feminist Press at CUNY

Share the Dorothy West Money quote image above on your site: 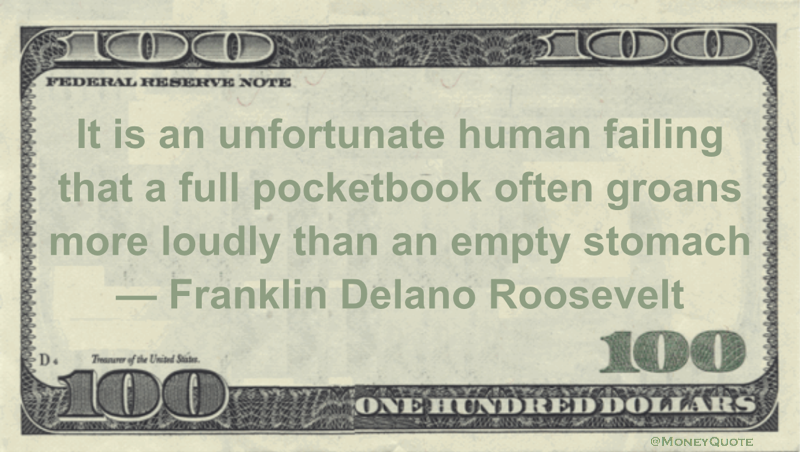 Share the Franklin Delano Roosevelt Money quote image above on your site: