Bible Money Quote saying if pleasure is a man’s most prominent goal, he’ll waste his money chasing it and will never become rich. Proverbs 21:17 said:

He that loveth pleasure shall be a poor man — Proverbs 21:17

Funny Money Quotes on how a devious heir might literally get away with murder and still enjoy the inheritance of the relative they kill. Honore de Balzac said:

To kill a relative of whom you are tired is something. But to inherit his property afterwards, that is genuine pleasure
— Honore de Balzac

Posted by admin on Wednesday, September 1, 2010

Robert Mondavi Money Quotation saying that many with the ability to become philanthropists just don’t understand how enjoyable giving can be. Robert Mondavi said: 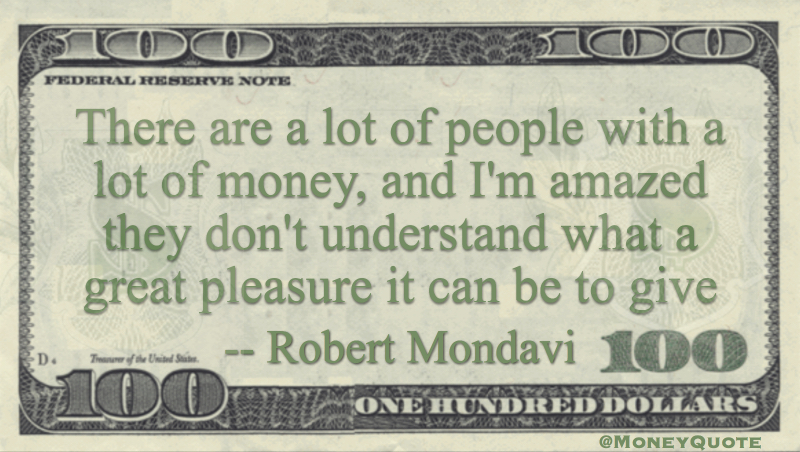 “There are a lot of people with a lot of money, and I’m amazed they don’t understand what a great pleasure it can be to give” — Robert Mondavi

Share the Robert Mondavi Money quote image above on your site: