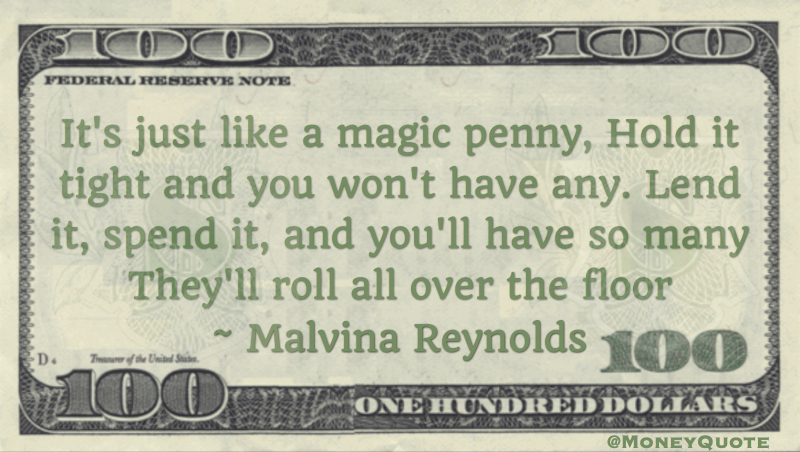 “It’s just like a magic penny, Hold it tight and you won’t have any. Lend it, spend it, and you’ll have so many They’ll roll all over the floor” — Malvina Reynolds

Share the Malvina Reynolds Money quote image above on your site: 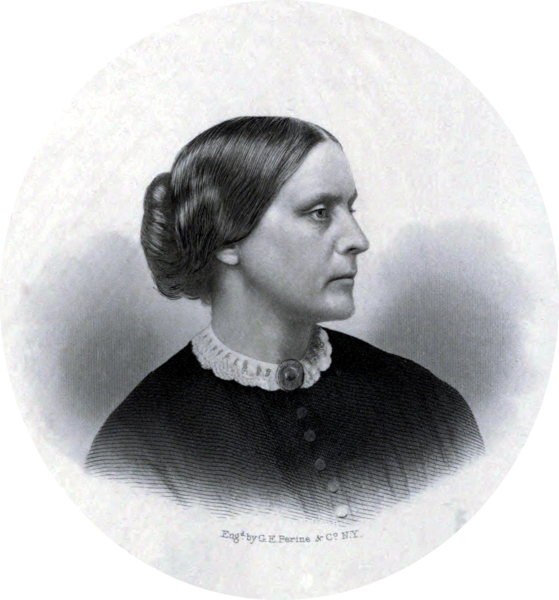 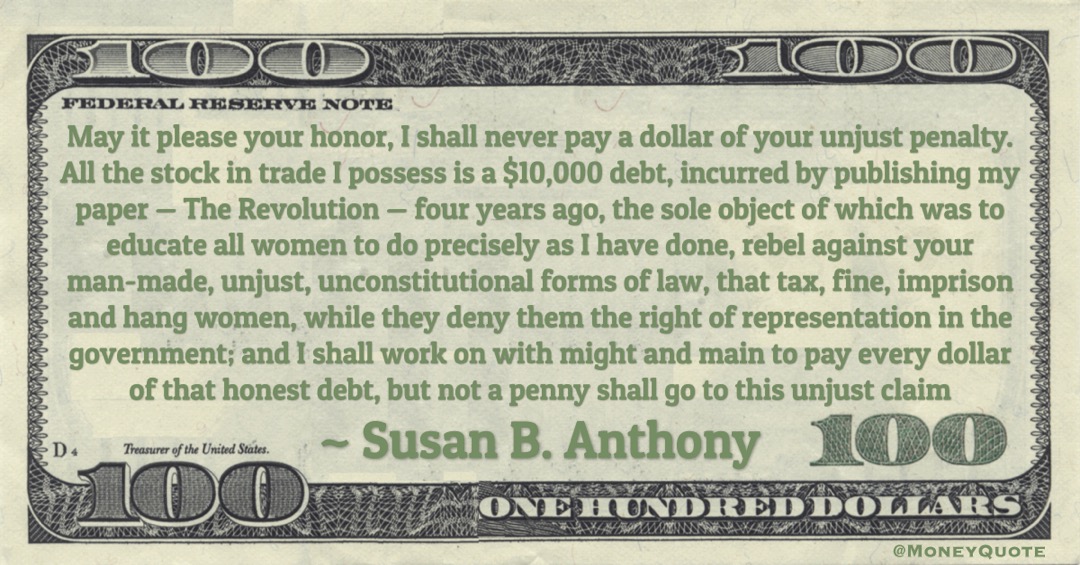 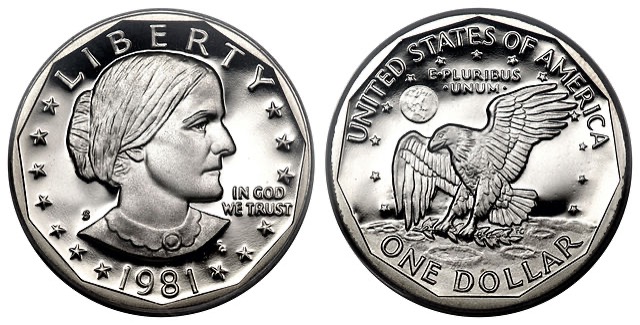 J. Paul Getty Money Quotation saying the tales of installing pay-phones in his mansion for guest use disturbed him. J. Paul Getty said: 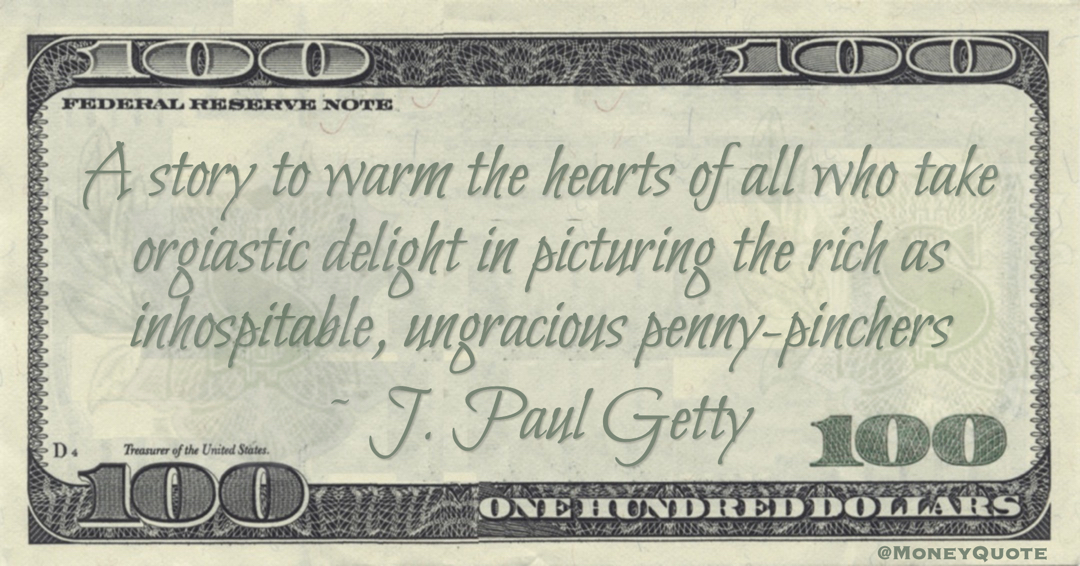 “A story to warm the hearts of all who take orgiastic delight in picturing the rich as inhospitable, ungracious penny-pinchers” — J. Paul Getty

Share the J. Paul Getty Money quote image above on your site: 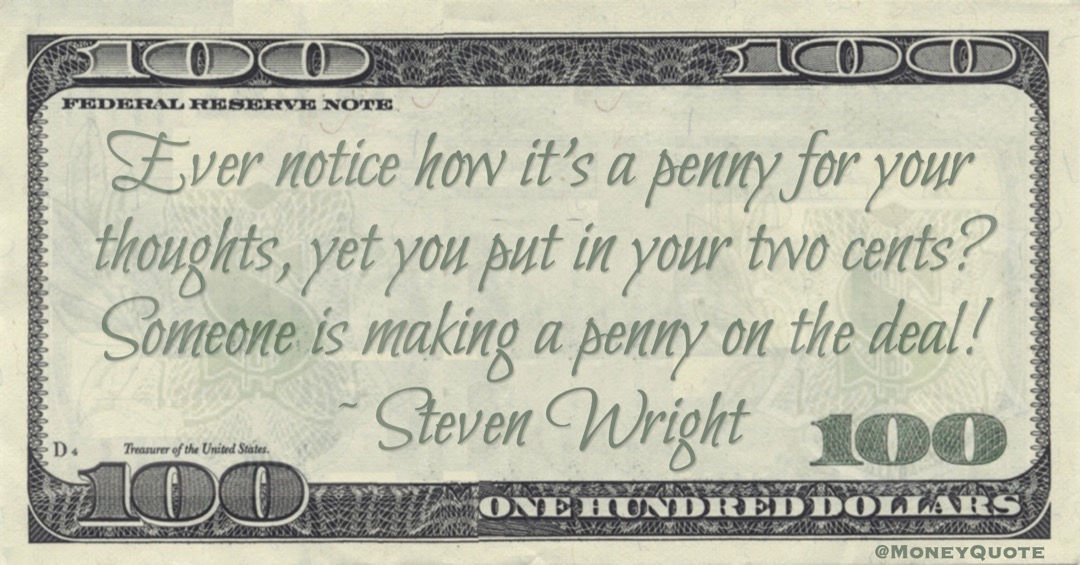 This photo is available in my Instacanvas gallery at: https://instacanv.as/realityseo

Plutarch Money Quotation saying the cost of non-necessities is high and makes us poorer rather than richer. Plutarch said: 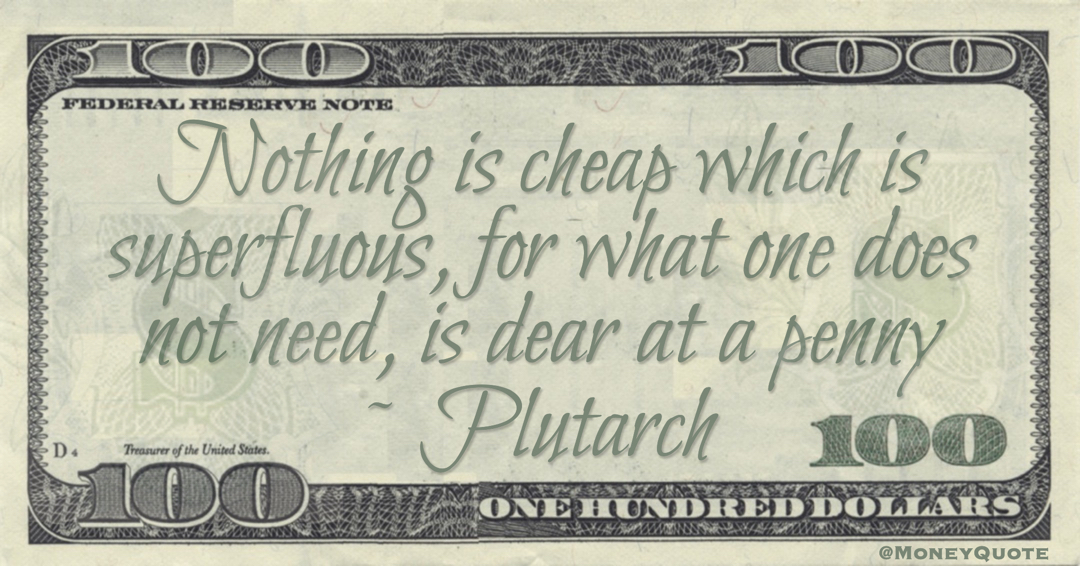 “Nothing is cheap which is superfluous, for what one does not need, is dear at a penny” — Plutarch

Share the Plutarch Money quote image above on your site: