Funny Money Quotes: George Carlin explains how the middle class bears the burden of taxes for both the rich and the poor. said: 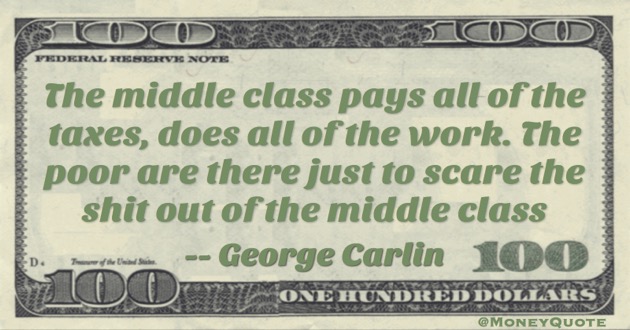 Share the George Carlin Money quote image above on your site: