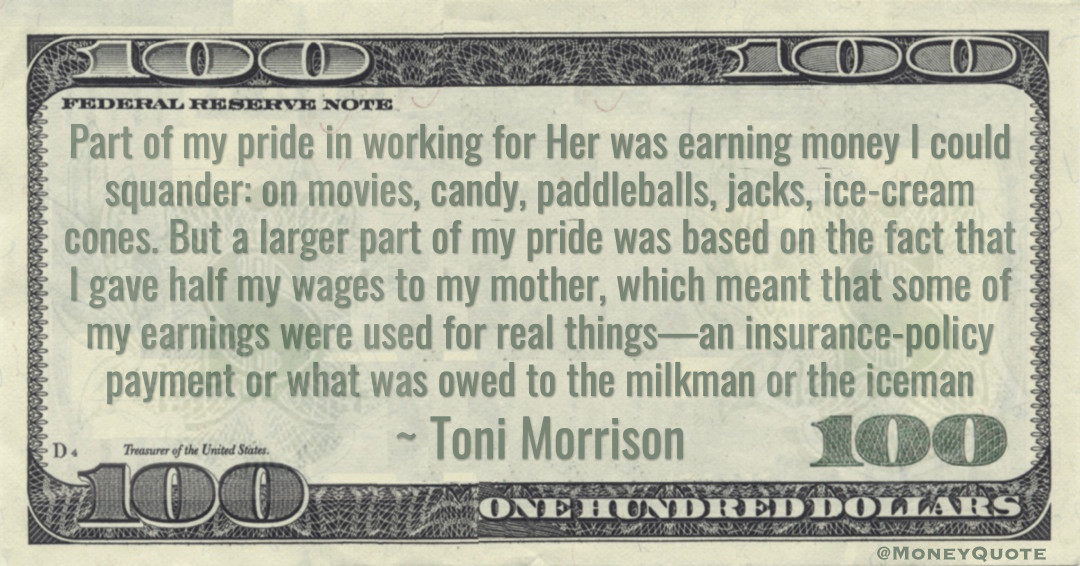 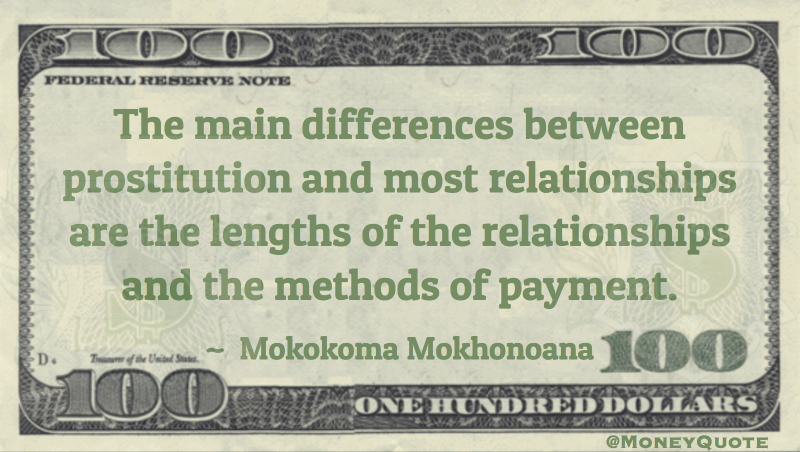 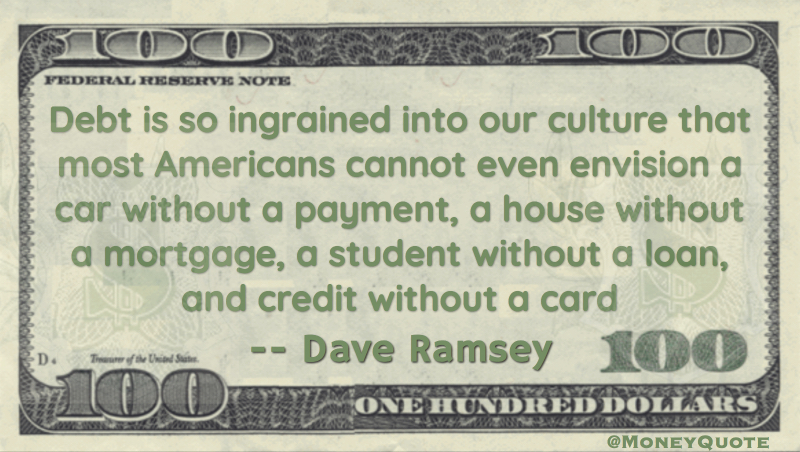 Donald Trump Money Quote saying Mexico will pay for the border wall either through payments or a tax on remittances- but assures us it will occur without a doubt. Donald Trump said:

They will reimburse us for the cost of the wall. That will happen, whether it’s a tax or a payment — probably less likely that it’s a payment,
but it will happen
— Donald Trump

Aaron Klein Money Quote saying low-income consumers subsidize wealthy and must pay to use their own money. Aaron Klein said:

Lower-income Americans, who disproportionately use cash, prepaid cards or debit cards, get little to nothing and are in effect subsidizing the wealthy through the payment system. They also deal with a slow clearing and settlement system that causes additional expensive overdraft fees
— Aaron Klein 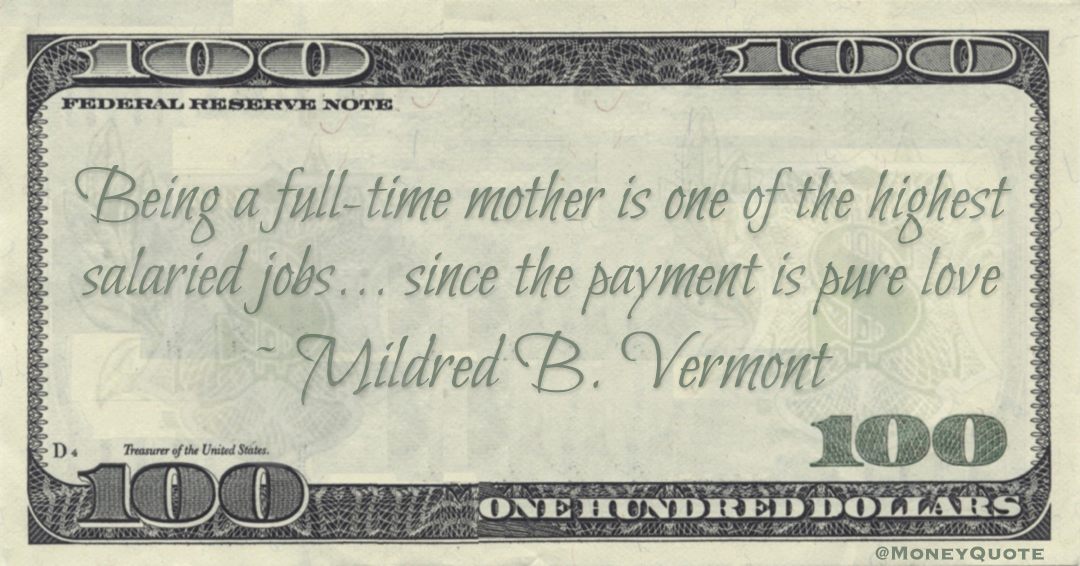 “Being a full-time mother is one of the highest salaried jobs… since the payment is pure love” — Mildred B. Vermont

Share the Mildred B. Vermont Money quote image above on your site: