Paul Graham Money Quotation saying if a startup can avoid collapse after getting funding, it usually succeeds in growing wealthy. Paul Graham said:

If you can just avoid dying, you get rich. That sounds like a joke, but it’s actually a pretty good description of what happens in a typical startup
— Paul Graham 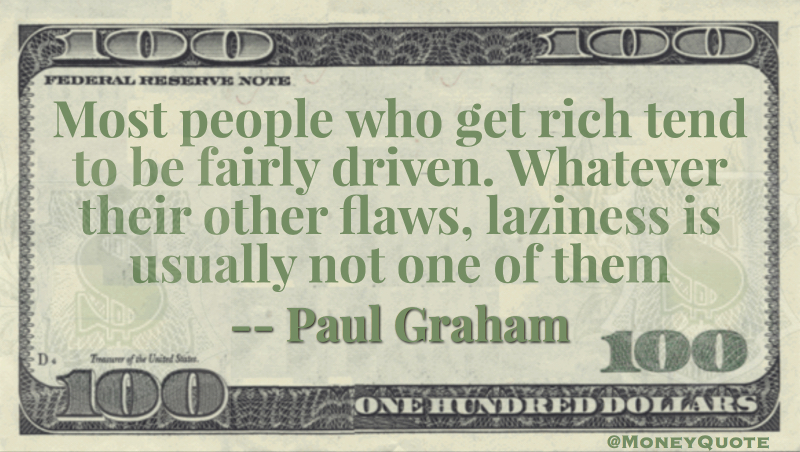 “Most people who get rich tend to be fairly driven. Whatever their other flaws, laziness is usually not one of them” — Paul Graham