Barack Obama Money Quotation saying in his weekly address that US corporations shouldn’t be able to avoid paying taxes due to tax loophole. Barack Obama said: 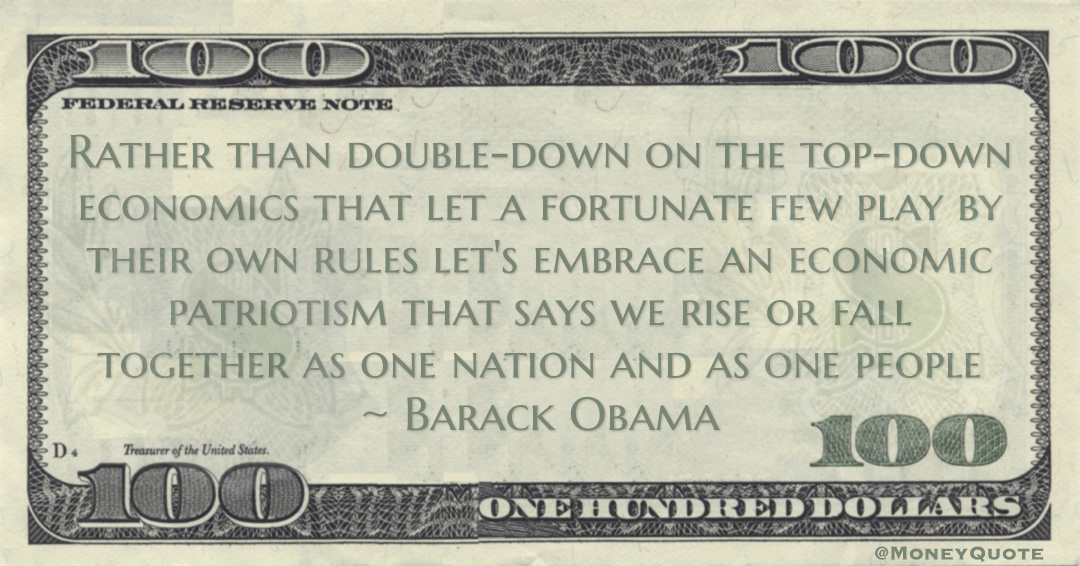