Kabir Sehgal Money Quote saying Paper cash is filthy because of all the situations where it is handled – take care in handling paper money. Kabir Sehgal said: 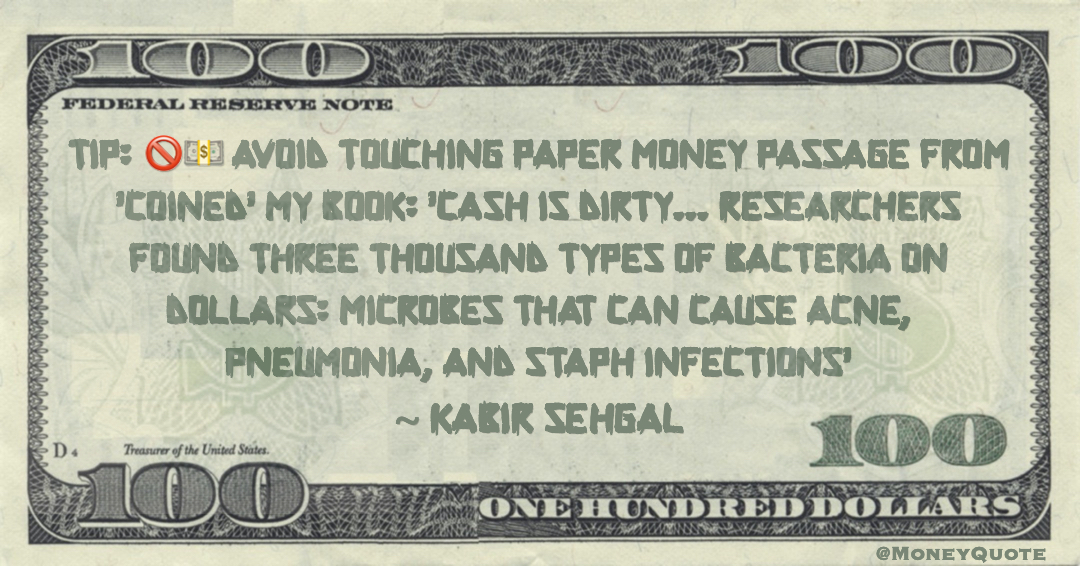 Share the Kabir Sehgal Money quote image above on your site:

Tip: 🚫💵 Avoid Touching Paper Money
Passage from "Coined" my book:
"Cash is dirty…Researchers found three thousand types of bacteria on dollars: microbes that can cause acne, pneumonia, and staph infections. Dollar bills they obtained from a Manhattan bank had 1.2 billion

Lawrence Weschler Money Quote talking about the controversial money art of J.S.G. Boggs (who died today at 62 in Florida) and our understanding of the value of art and the art of money which Boggs explored. Lawrence Weschler said:

What, precisely, is it that we value in art, or, for that matter, in money? How do we value one in terms of the other? Indeed, how do we place a value on anything at all? And, more specifically, how is it that we continue to redit the legitimacy of anything as confoundingly insubstantial as paper money?
— Lawrence Weschler 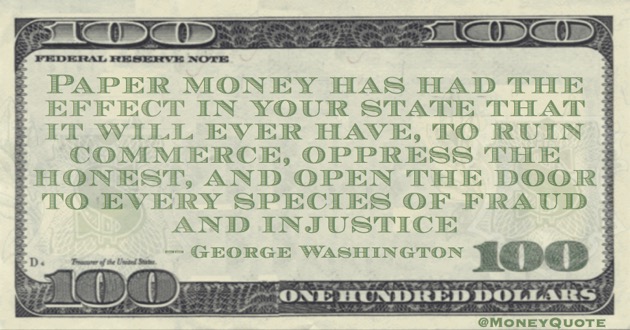 That paper money has some advantages, is admitted. But that its abuses also are inevitable, and, by breaking up the measure of value, makes a lottery of all private property, cannot be denied
— Thomas Jefferson