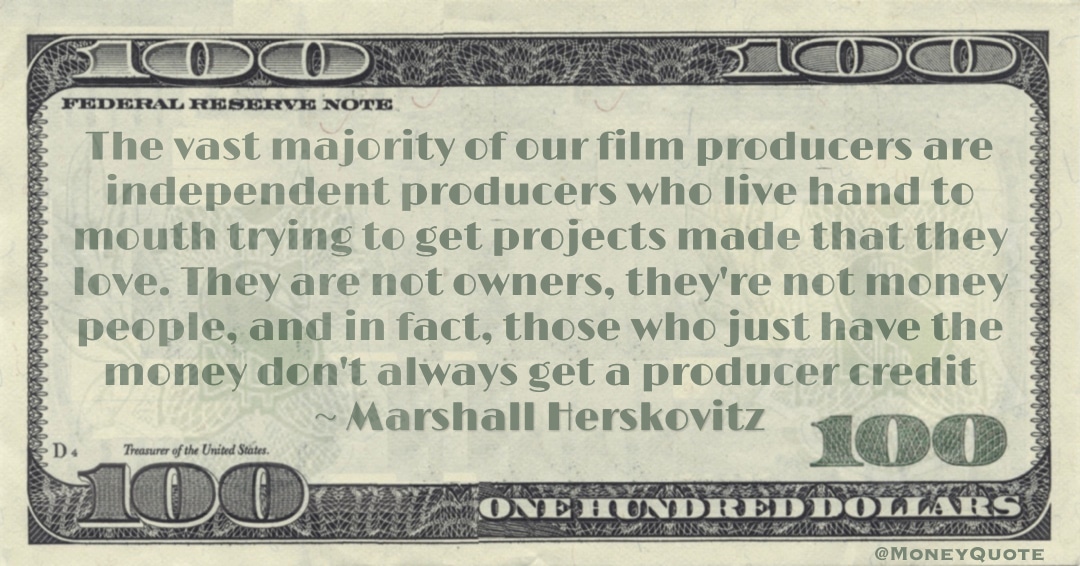 “The vast majority of our film producers are independent producers who live hand to mouth trying to get projects made that they love. They are not owners, they’re not money people, and in fact, those who just have the money don’t always get a producer credit” — Marshall Herskovitz

Share the Marshall Herskovitz Money quote image above on your site: