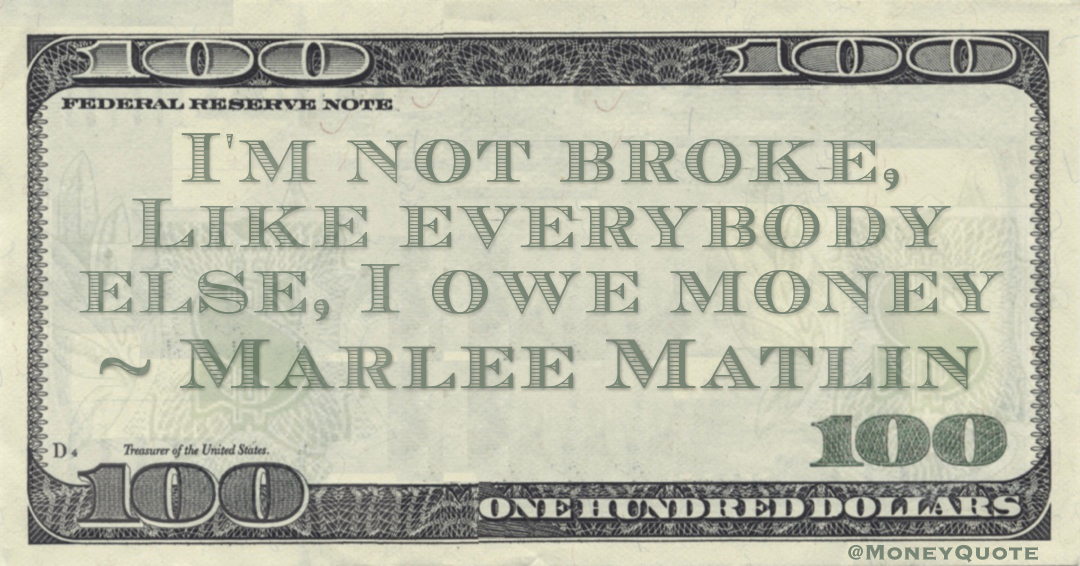 “I’m not broke, Like everybody else, I owe money” — Marlee Matlin

Share the Marlee Matlin Money quote image above on your site:

Barack Obama Money Quote saying in a speech at Arlington National Cemetery on Memorial Day 2011, that Veterans who died for our freedom can never be repaid. Barack Obama said: 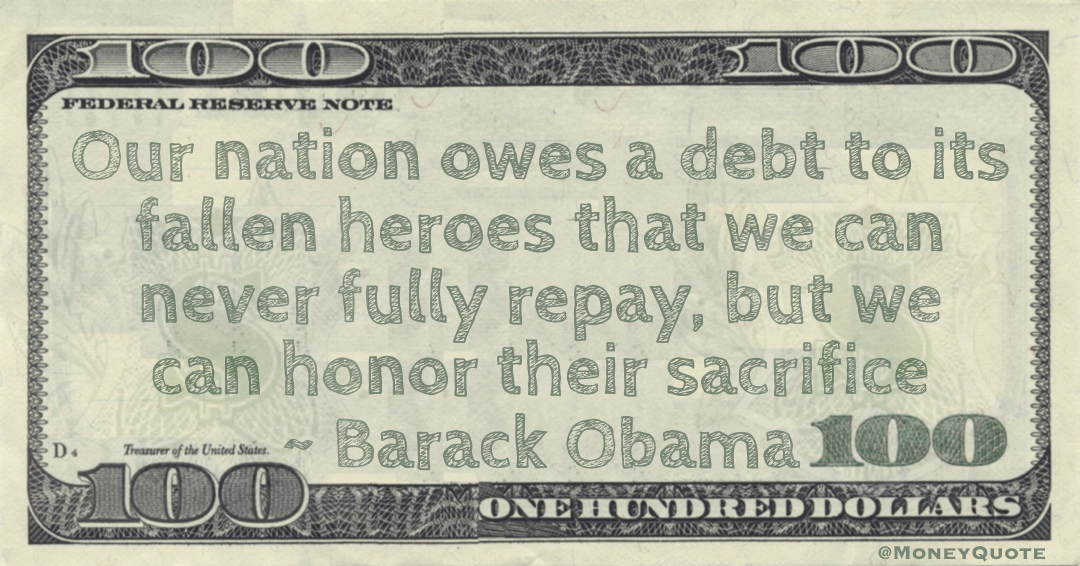 “Our nation owes a debt to its fallen heroes that we can never fully repay, but we can honor their sacrifice” — Barack Obama

Philippe Riès: Owe Millions On Board

Philippe Riès Money Quote saying Bank treats those who owe little as though they are small, like their loans. Large borrowers are treated better and given board seats. Philippe Riès said: 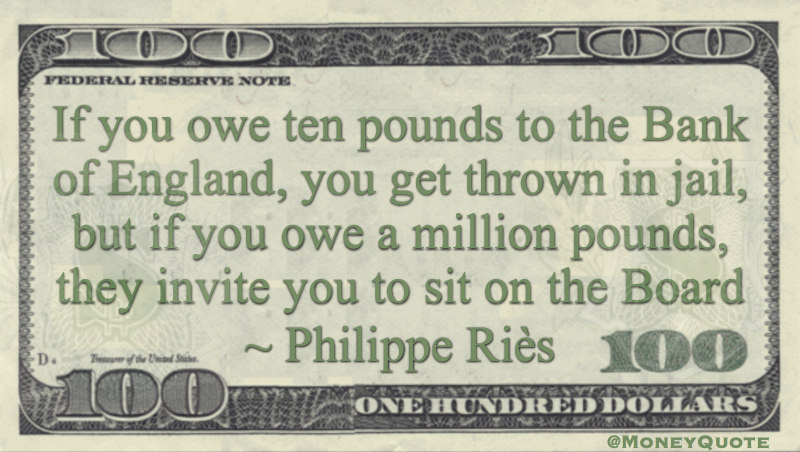 “If you owe ten pounds to the Bank of England, you get thrown in jail, but if you owe a million pounds, they invite you to sit on the Board” — Philippe Riès

Share the Philippe Riès Money quote image above on your site:

Francois Rabelais: Leave Nothing to Poor

I have nothing, owe a great deal, and the rest I leave to the poor
— Francois Rabelais

Mark Wagner: IOU Made of Money

If you make an IOU out of money for a friend, do you still owe them money?