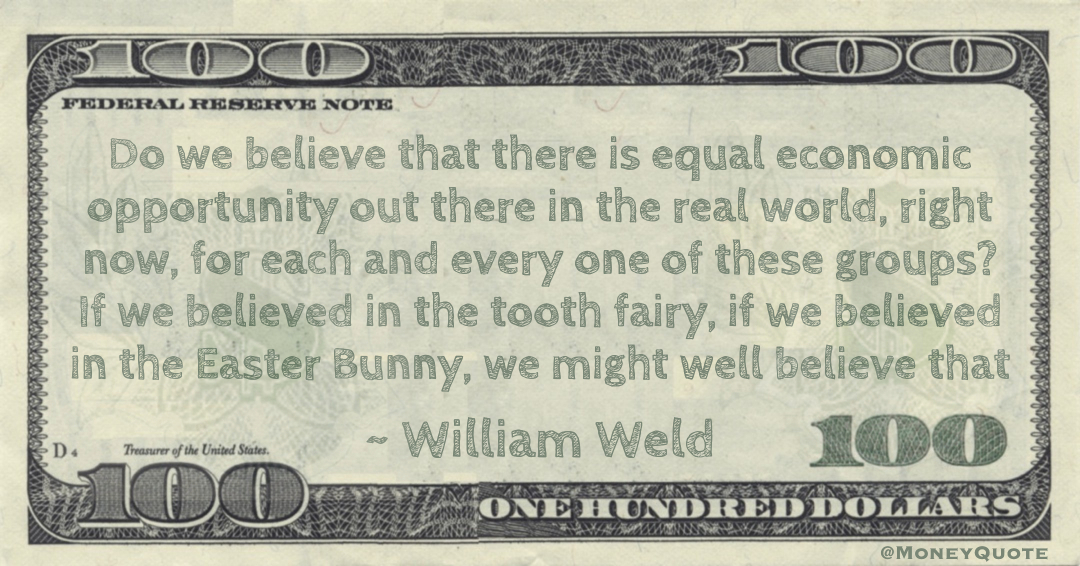 Share the William Weld Money quote image above on your site:

Dorothy L. Sayers: Opportunity Made Too

The really essential factors of success in any undertaking are money and opportunity, and as a rule, the man who can make the first can make the second
— Dorothy L. Sayers 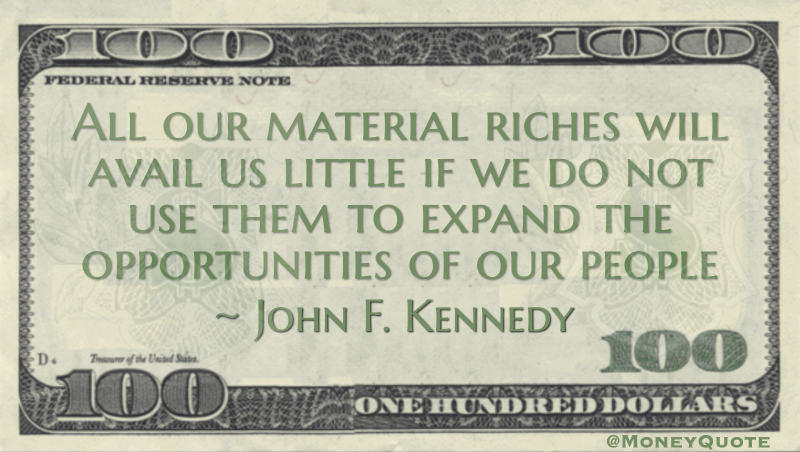 “All our material riches will avail us little if we do not use them to expand the opportunities of our people” — John F. Kennedy

Share the John F. Kennedy Money quote image above on your site:

Harvey Firestone Money Quotation saying reacting to events requires sufficient cash to respond to economic needs – but a poor man has no mindful control of the situation. Harvey Firestone said: 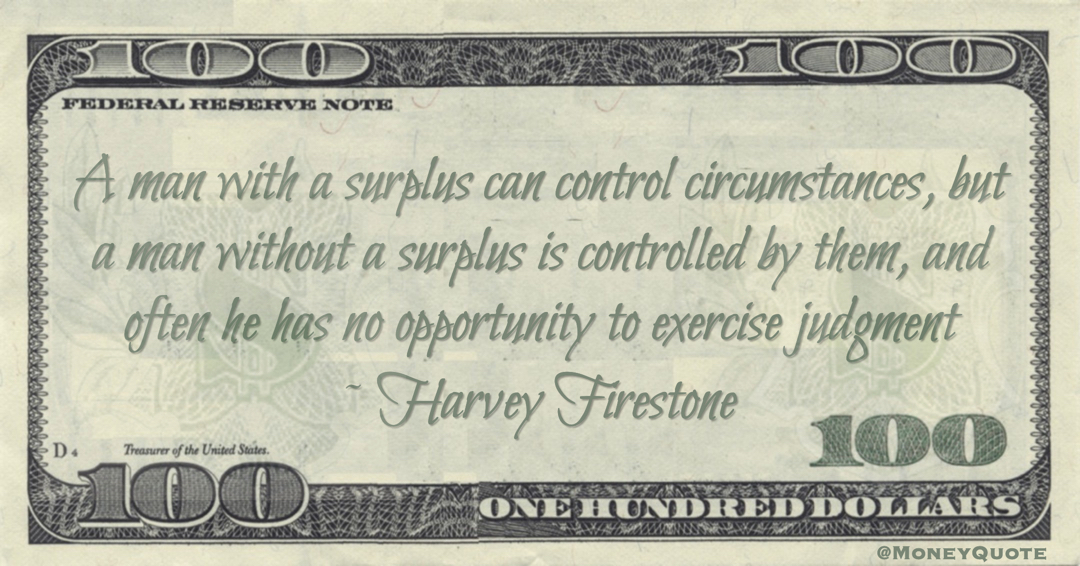 “A man with a surplus can control circumstances, but a man without a surplus is controlled by them, and often he has no opportunity to exercise judgment” — Harvey Firestone

Share the Harvey Firestone Money quote image above on your site: