Funny Money Quotes: The monstrously long odds of winning the lottery is not something those who play it want to give serious consideration. Roger Jones said: 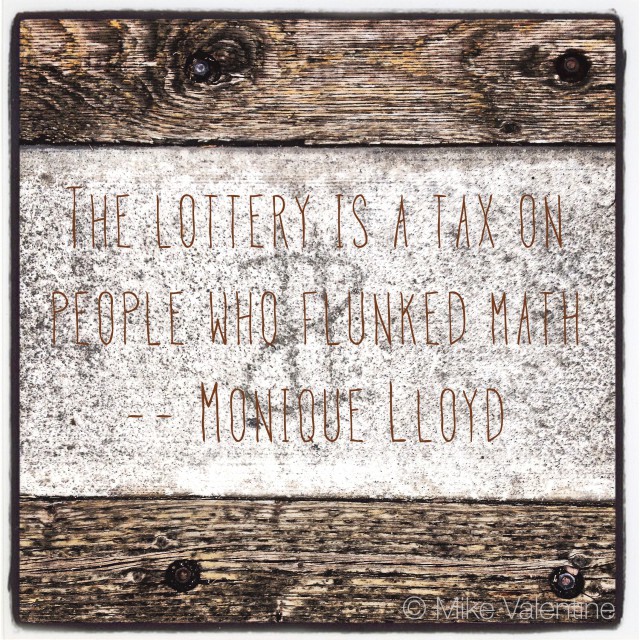 Monique Lloyd Funny Money Quote saying that people fail to understand the mathematical odds against winning the lottery are worse than the chance of being struck by lightning. Monique Lloyd said: Share the Monique Lloyd Money quote image above on your site: