Pink Floyd Money Quote saying the evil of cash is that you can’t get more of it just by asking. Pink Floyd said:

Money, so they say Is the root of all evil today. But if you ask for a raise it’s no surprise that they’re giving none away.
— Pink Floyd

Prince Money Music lyrics for ‘Ol’ Skool Company’ wall street got bailed out and nobody else was helped after the billions spent to save those who caused the problem. Prince said:

Fat cats on Wall Street, They got a bailout, While somebody else got 2 wait, 700 billion but my old neighborhood, Ain’t nothing changed but the date
— Prince

Prince Money Music Lyrics saying in the song ‘Money Don’t Matter 2 Night’ making money matter (or not) depends whether you have it or can get more. Prince said: 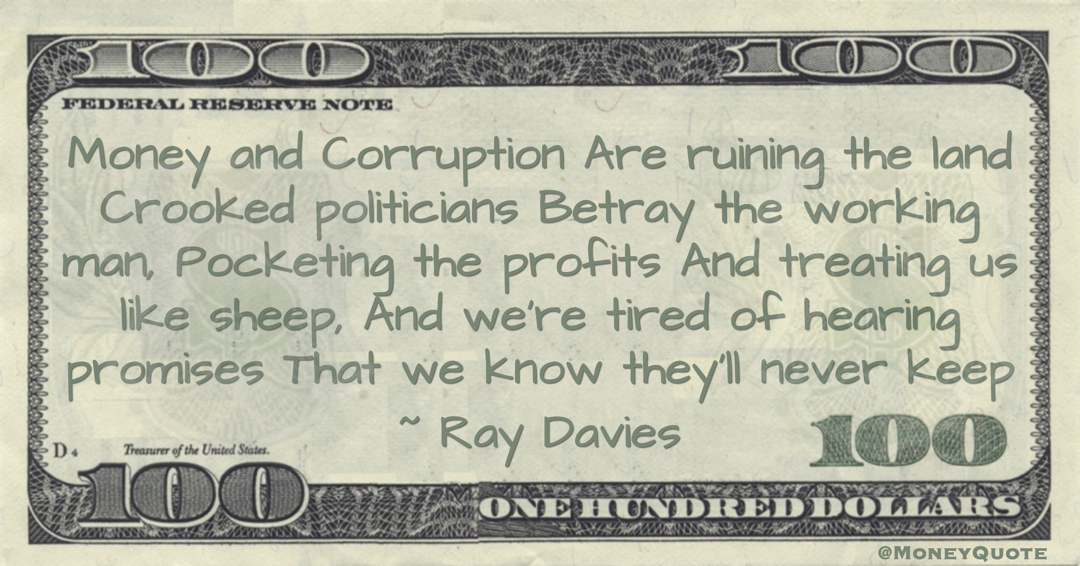 “Money and Corruption Are ruining the land Crooked politicians Betray the working man, Pocketing the profits And treating us like sheep, And we’re tired of hearing promises That we know they’ll never keep” — Ray Davies

Share the Ray Davies Money quote image above on your site:

Duke Ellington on Music as Art

Duke Ellington Money Quotation saying there is music whether artists get paid for it or not and it will still be there if the music industry disappears. Duke Ellington said: 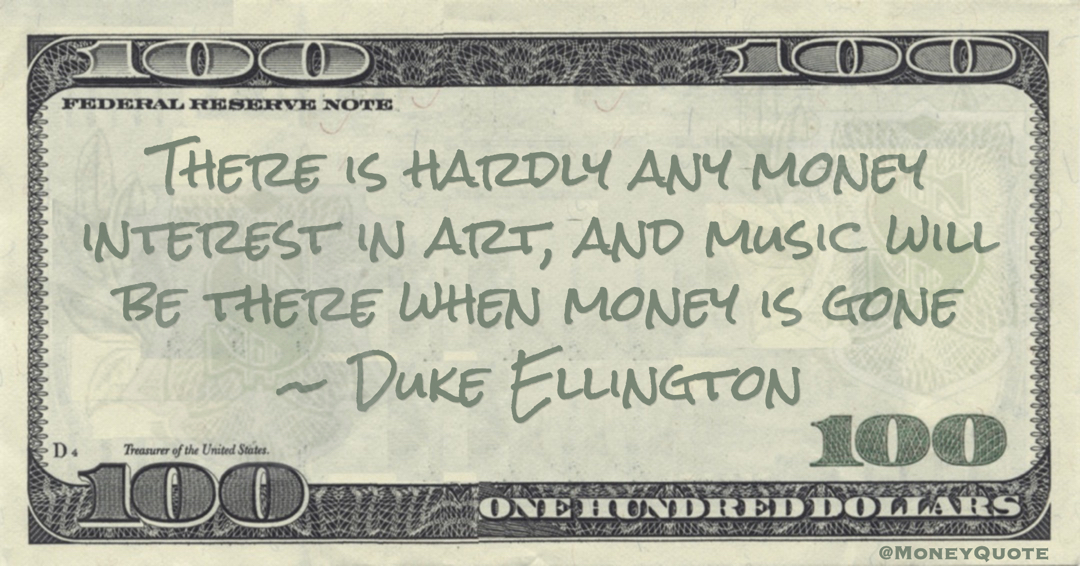 “There is hardly any money interest in art, and music will be there when money is gone” — Duke Ellington

Share the Duke Ellington Money quote image above on your site: 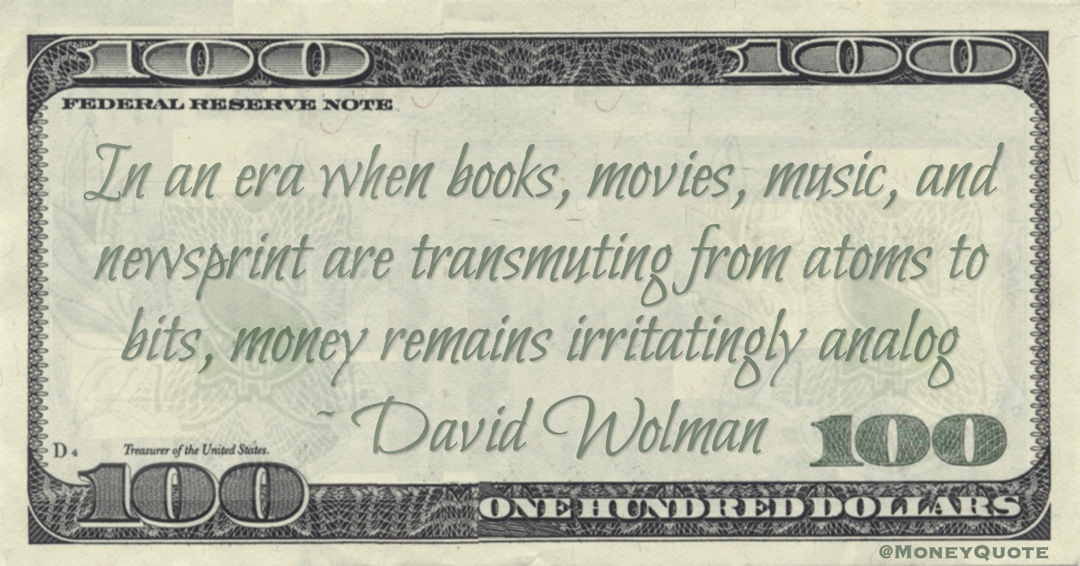 “In an era when books, movies, music, and newsprint are transmuting from atoms to bits, money remains irritatingly analog” — David Wolman

Share the David Wolman Money quote image above on your site:

Money Lyrics from 1985 Dire Straights album Brothers in Arms in which an appliance delivery man describes his viewpoint of the easy life of musicians who get paid well for bangin’ on the drums and play the guitar on the MTV. 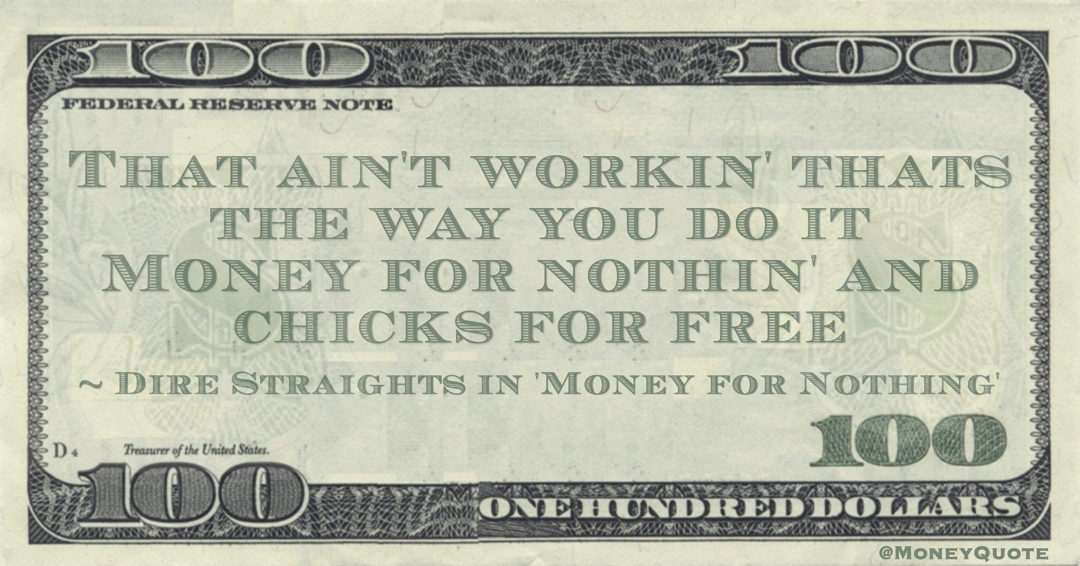 Share the Dire Straights Money quote image above on your site: