Jonathan Frakes on Reality of Hollywood 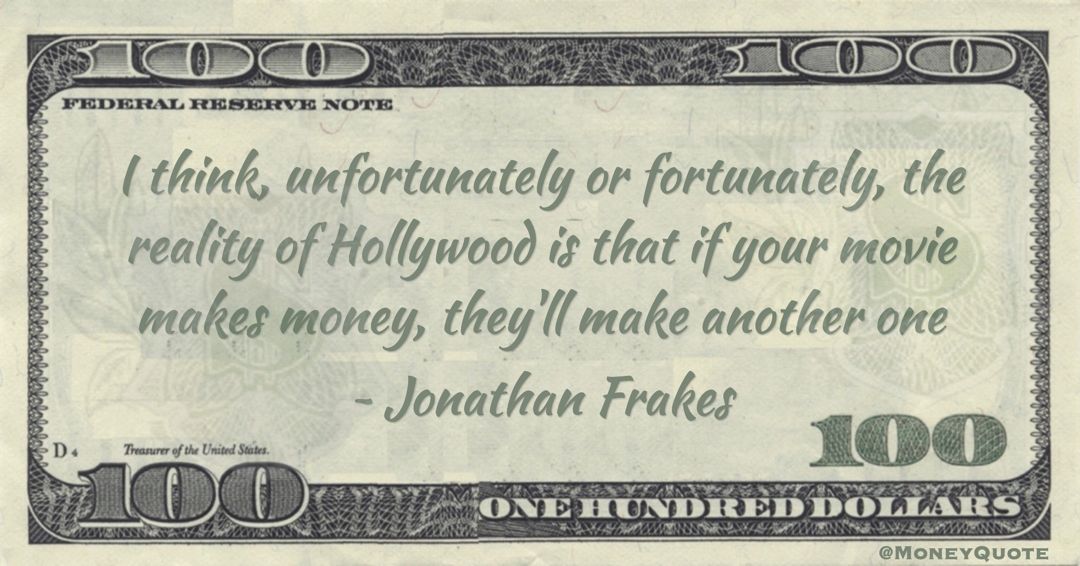 “I think, unfortunately or fortunately, the reality of Hollywood is that if your movie makes money, they’ll make another one” — Jonathan Frakes

Share the Jonathan Frakes Money quote image above on your site: