Reported first use was December 22, 1970 by Monty Python’s Flying Circus, Episode Twenty-six: “Cashectomy, a total removal of all moneys from the patient.” 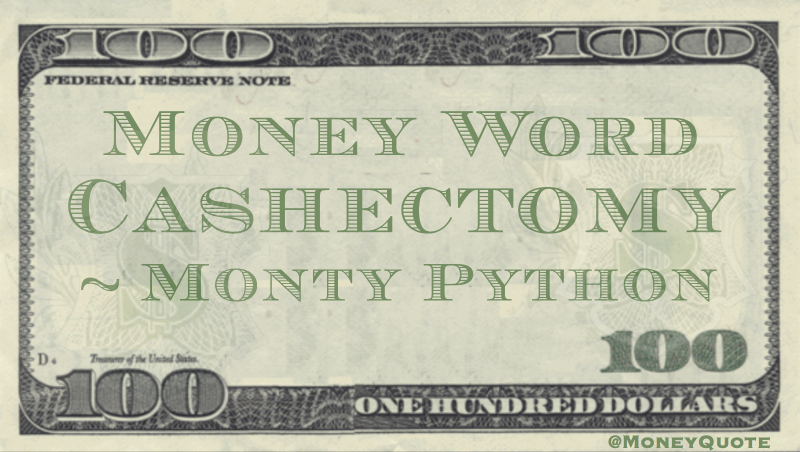 Share the Monty Python Money Neologism image above on your site: