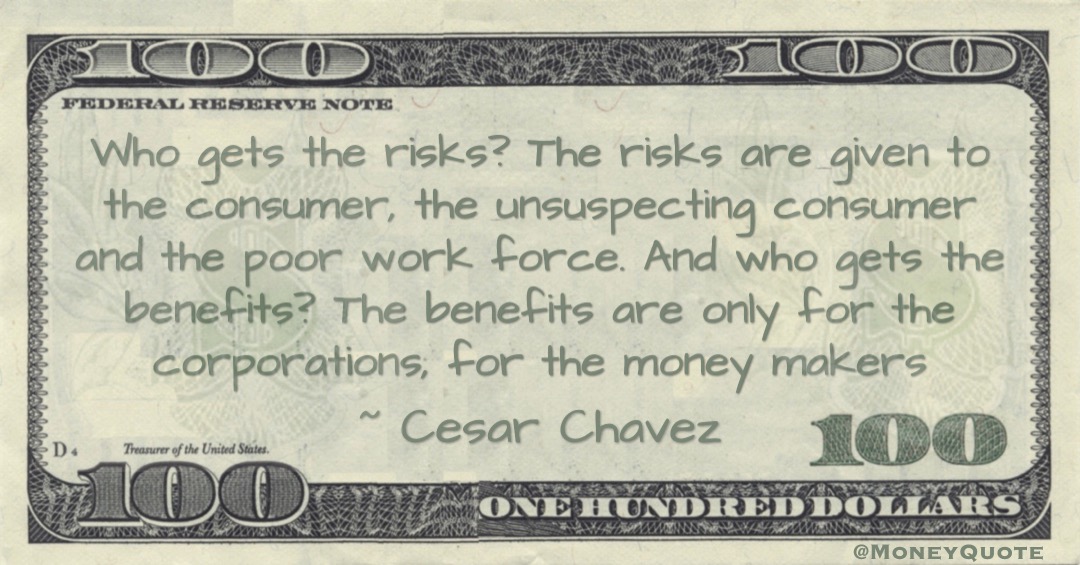 “Who gets the risks? The risks are given to the consumer, the unsuspecting consumer and the poor work force. And who gets the benefits? The benefits are only for the corporations, for the money makers” — Cesar Chavez

Share the Cesar Chavez Money quote image above on your site:

Plato Money Quote saying those entirely focused on getting more money are dull because their attention is so narrowly placed on what everything is worth. Plato said: 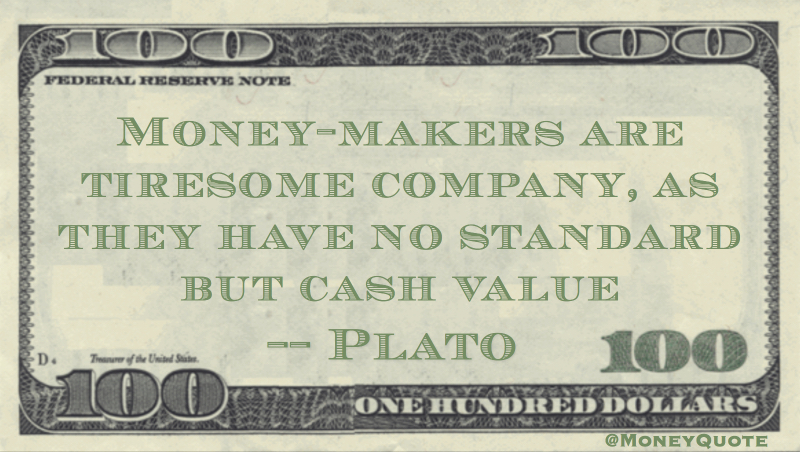 “Money-makers are tiresome company, as they have no standard but cash value” — Plato

Share the Plato Money quote image above on your site: