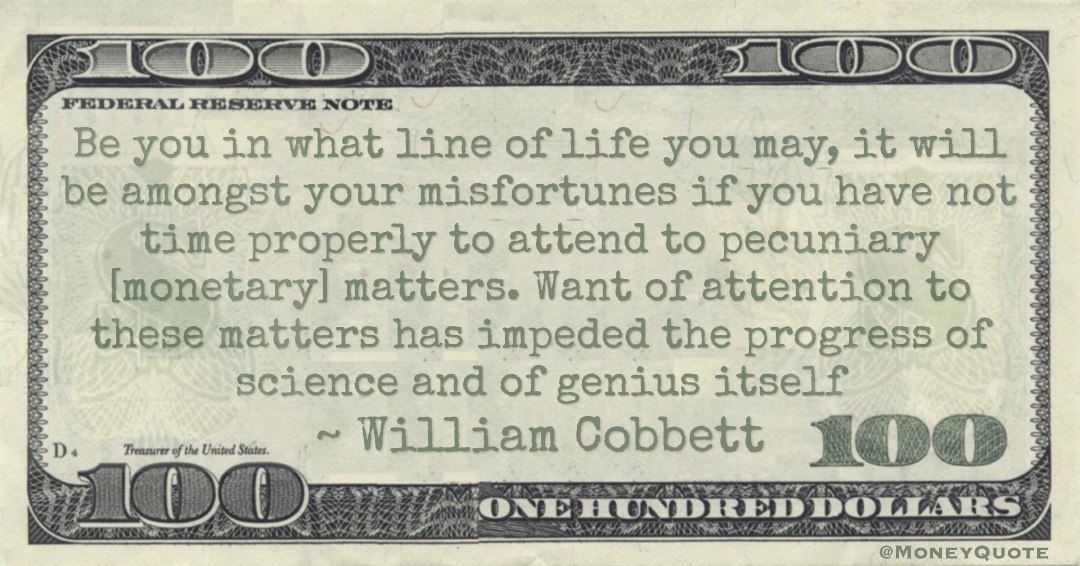 “Be you in what line of life you may, it will be amongst your misfortunes if you have not time properly to attend to pecuniary [monetary] matters. Want of attention to these matters has impeded the progress of science and of genius itself” — William Cobbett

Share the William Cobbett Money quote image above on your site: 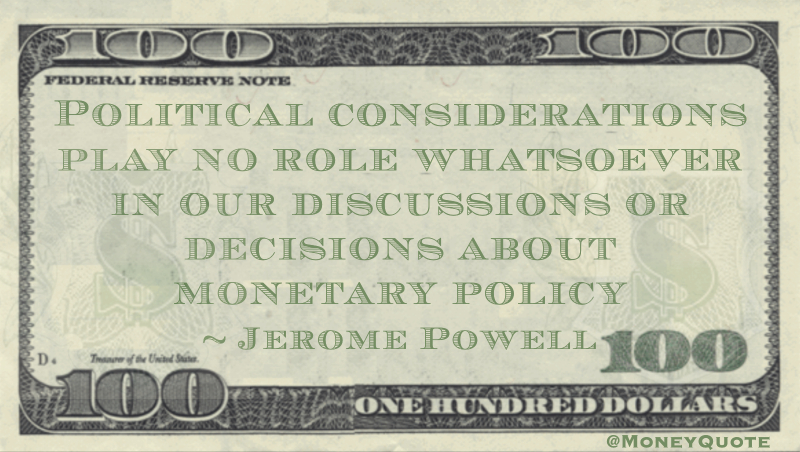 Share the Jerome Powell Money quote image above on your site:

Suzy Kassem Money Quote saying politicians must focus on those they serve as leader, not risking or spending lives on making a profit for military businesses. Suzy Kassem said:

A great leader must serve the best interests of the people first, not those of multinational corporations. Human life should never be sacrificed for monetary profit. There are no exceptions
— Suzy Kassem

Criss Jami: Income a Deception of Worth

Posted by admin on Wednesday, September 9, 2015

Criss Jami Money Quotation saying what we are paid is deceptive and makes us believe we have a specific worth in this life. Criss Jami said:

Professor of Finance at Massachsetts Institute of Technology Andrew Lo Money Quotation saying Neuroscientists have shown that monetary gain stimulates our brains in the same way as cocaine, in both instances, dopamine is released in the pleasure centers of the brain. Andrew Lo said: 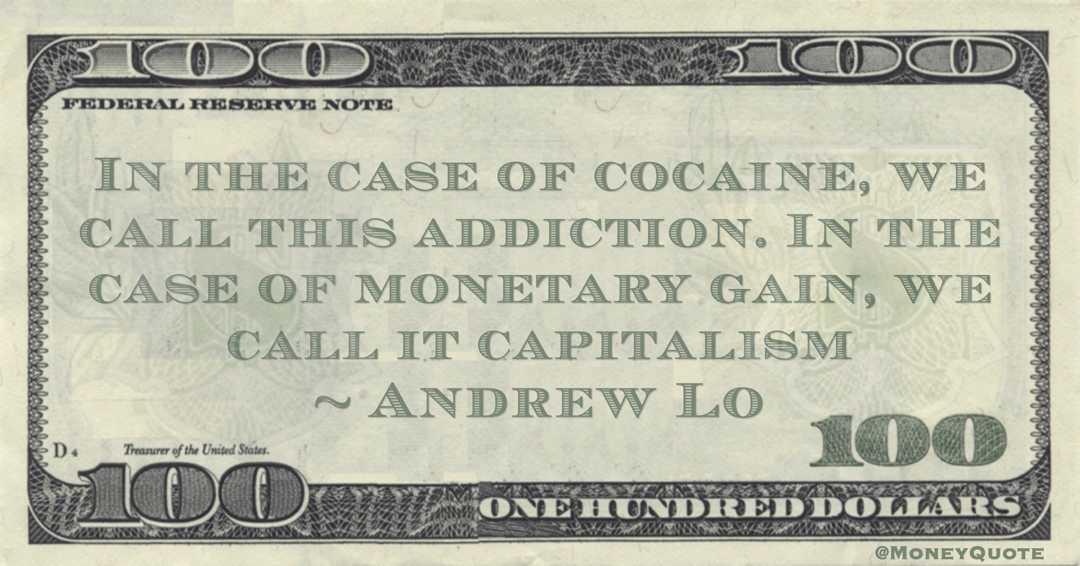 Share the Andrew Lo Money quote image above on your site: 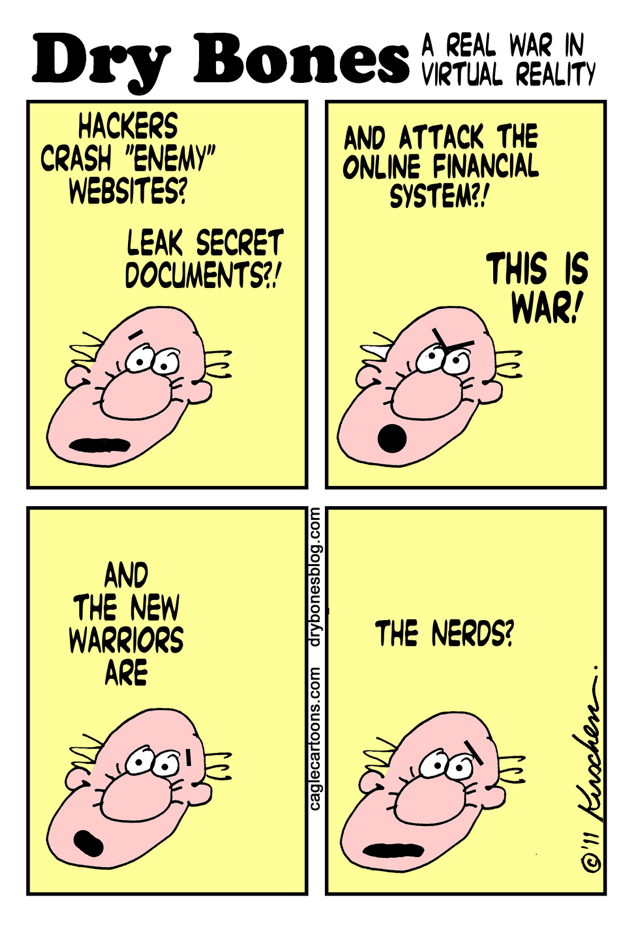 Susan Crawford Money Quotation is imagining new options of transactions like cell phones, making the idea of our existing system of payments seem like a daydream. Susan Crawford said: 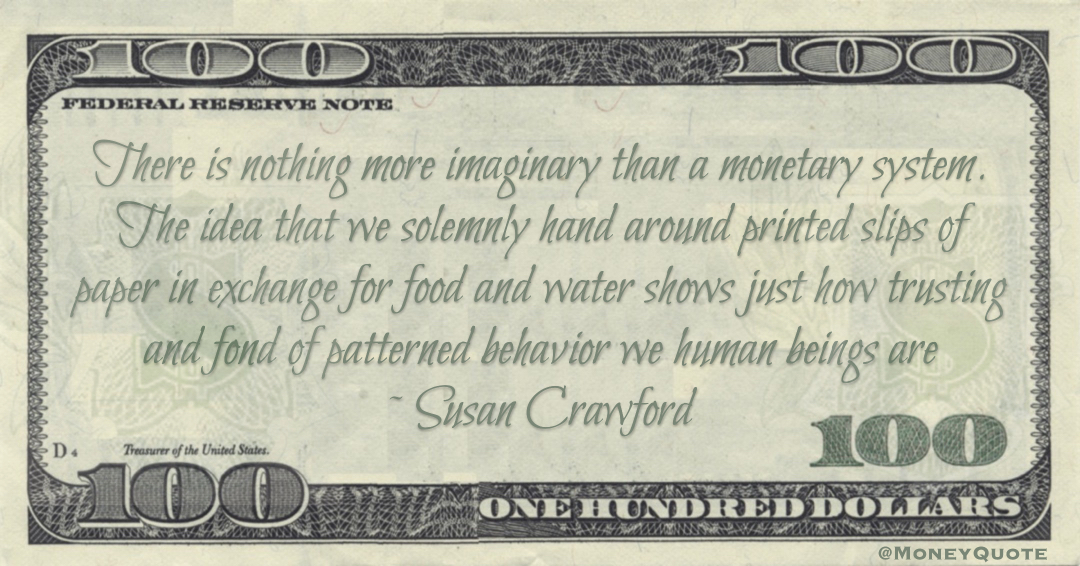 “There is nothing more imaginary than a monetary system. The idea that we solemnly hand around printed slips of paper in exchange for food and water shows just how trusting and fond of patterned behavior we human beings are” — Susan Crawford

Share the Susan Crawford Money quote image above on your site: