Henry Ford Money Quote saying either a miser looking for power or a reformer saving the world are satisfied . Henry Ford said: 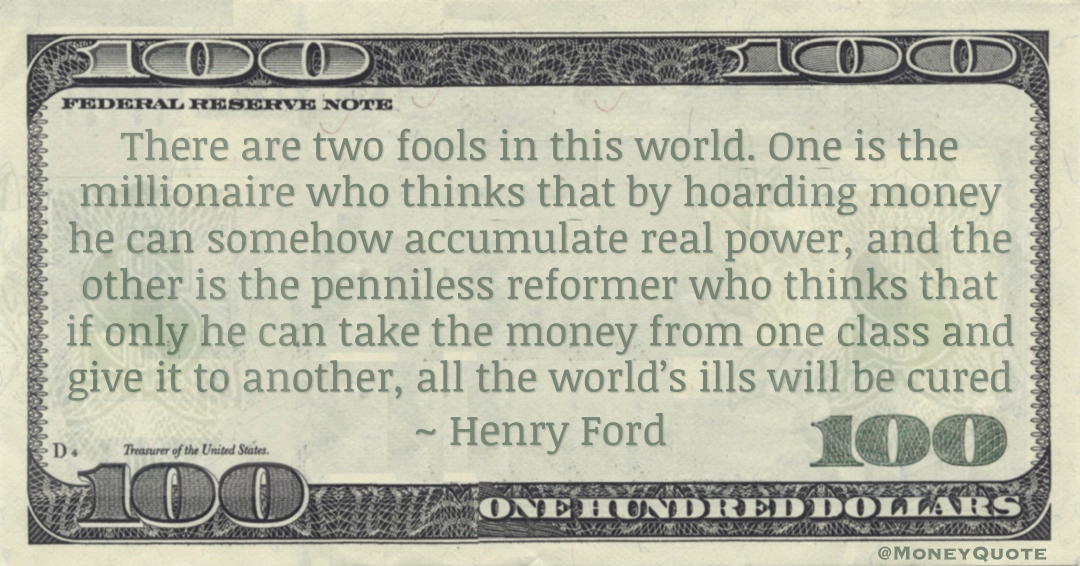 “There are two fools in this world. One is the millionaire who thinks that by hoarding money he can somehow accumulate real power, and the other is the penniless reformer who thinks that if only he can take the money from one class and give it to another, all the world’s ills will be cured” — Henry Ford 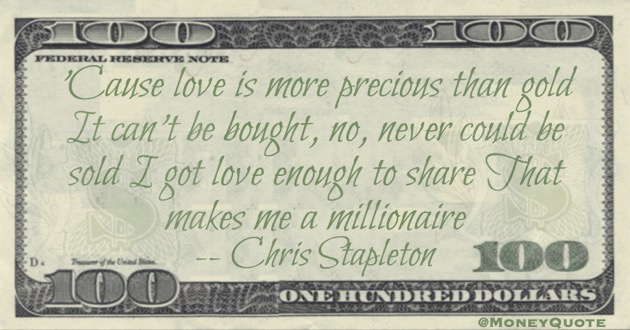 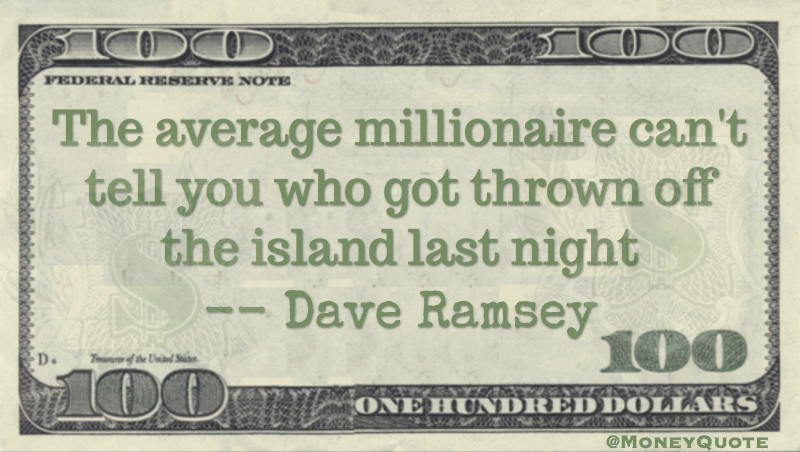 "The average millionaire can't tell you who got thrown off the island last night." pic.twitter.com/u1H1LSmOvz

H.L. Mencken Money Quote saying those with plenty of money who are afraid of something, will be happy to spend plenty of cash to protect them from their fears. H.L. Mencken said: 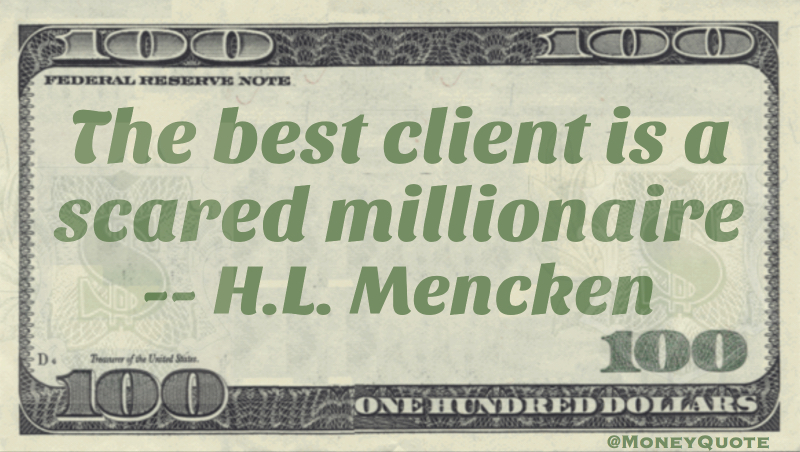 “The best client is a scared millionaire” — H.L. Mencken

Share the H.L. Mencken Money quote image above on your site:

Cesare Pavese: In Love With Millionaire

Cesare Pavese Money Quote saying a woman is wise to marry a rich man, but smart enough to fall in love with him before marriage. Cesare Pavese said:

No woman marries for money; they are all clever enough, before marrying a millionaire, to fall in love with him first
— Cesare Pavese

Posted by admin on Wednesday, September 7, 2016

The recent Dictionary of Occupational Titles lists over twenty thousand specialized professions in America; being a millionaire is not one of them
— Jerzy Kosinski

Share the Steve Martin Money quote image above on your site:

H.L. Hunt Money Quotation saying no matter how much they have, those who waste money are not smart. H.L. Hunt said:

For all practical purposes, I regard a man with $200,000 as well off as a man with 200 million. A millionaire who throws his money around is stupid
— H.L. Hunt