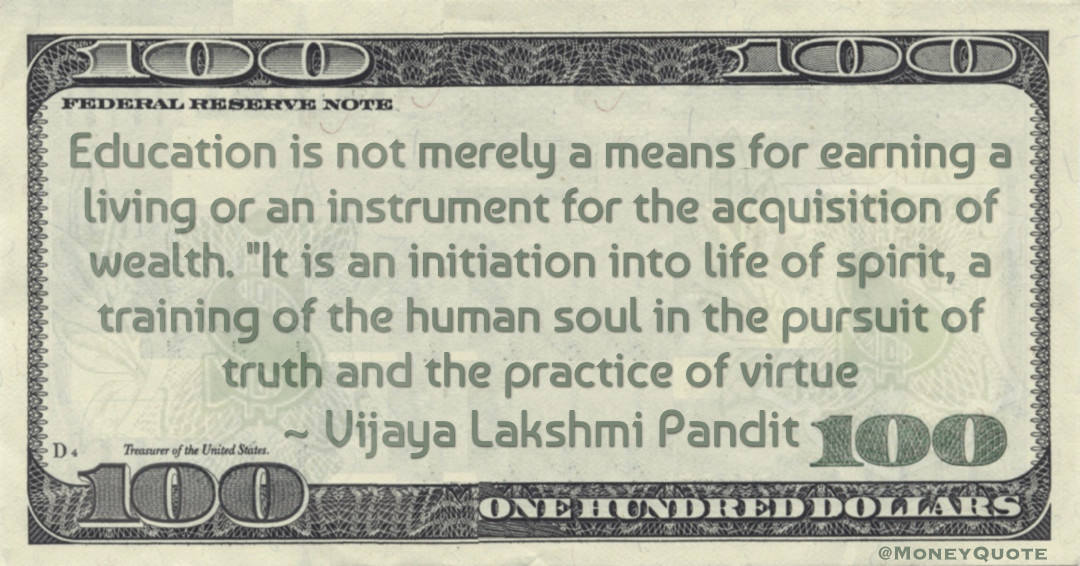 “Education is not merely a means for earning a living or an instrument for the acquisition of wealth. It is an initiation into life of spirit, a training of the human soul in the pursuit of truth and the practice of virtue” — Vijaya Lakshmi Pandit

Share the Vijaya Lakshmi Pandit Money quote image above on your site:

Money alone is only a mean; it presupposes a man to use it

Funny Money Quotes: It’s so routine to live fullly beyond our means that we take that for granted and rarely fail to find new ways to over-extend. Oscar Wilde said:

Anyone who lives within their means suffers from lack of imagination

Horace Mann Money Quotation saying if you are able to afford books, it’s imperative that you fill your home and surround your children with reading. Horace Mann said: 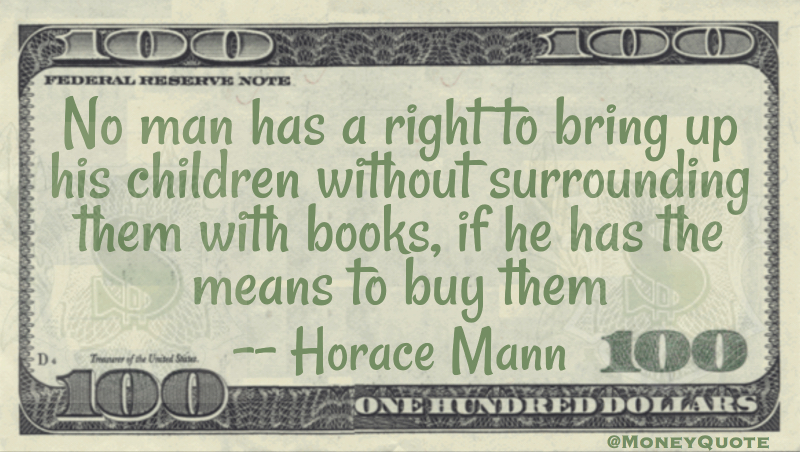 “No man has a right to bring up his children without surrounding them with books, if he has the means to buy them” — Horace Mann

Share the Horace Mann Money quote image above on your site:


Share the Horace Mann Money quote image below on your site: 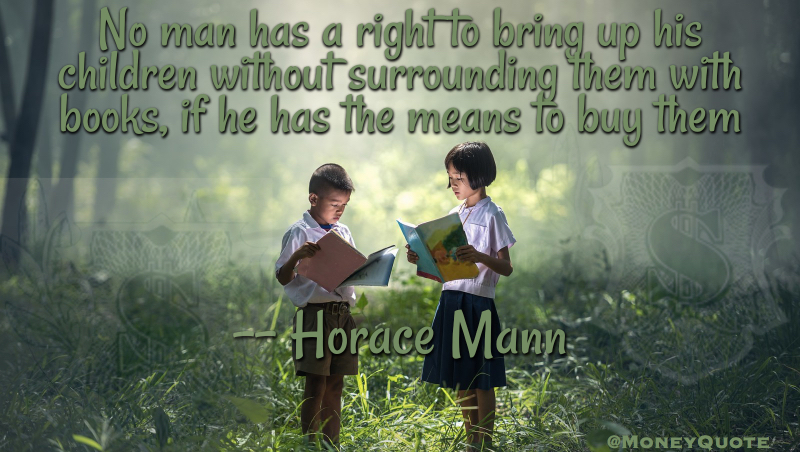