No social system will bring us happiness, health and prosperity unless it is inspired by something greater than materialism
— Clement R. Attlee

Henry Ford Money Quotation saying he believes people won’t obsess over money if they have enough and can live in comfort without fear of lack. Henry Ford said: 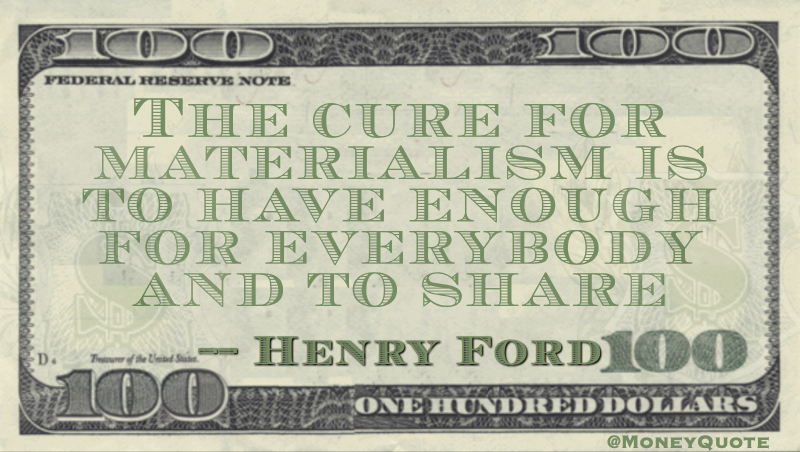 Share the Henry Ford Money quote image above on your blog: