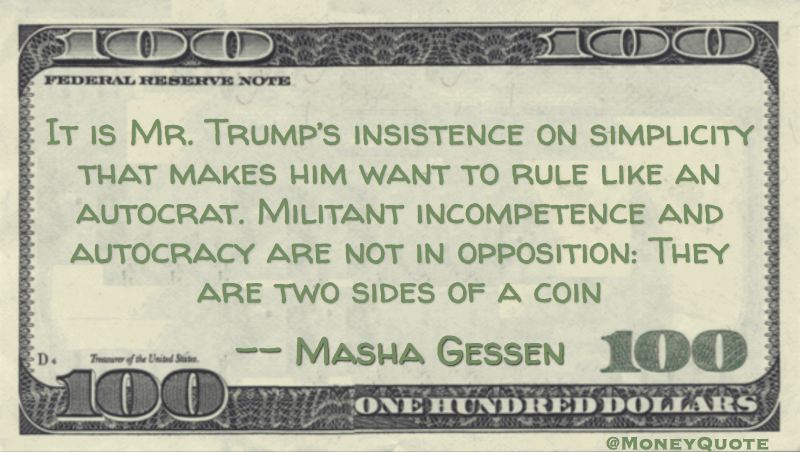 “It is Mr. Trump’s insistence on simplicity that makes him want to rule like an autocrat. Militant incompetence and autocracy are not in opposition: They are two sides of a coin” — Masha Gessen

Share the Masha Gessen Money quote image above on your site:

Masha Gessen Money Quote saying in her book ‘The Man Without a Face’ about Vladimir Putin that capitalism has duality of experience, both rich and poor. Masha Gessen said:

It turned out that capitalism alone could make people not only rich and happy but also poor, hungry, miserable, and powerless
— Masha Gessen