Martin Luther Money Quote saying in his list titled ‘The 95 Theses,’ that the pope was wealthy enough to finance the cathedral himself instead of those believers in poverty. Martin Luther said: 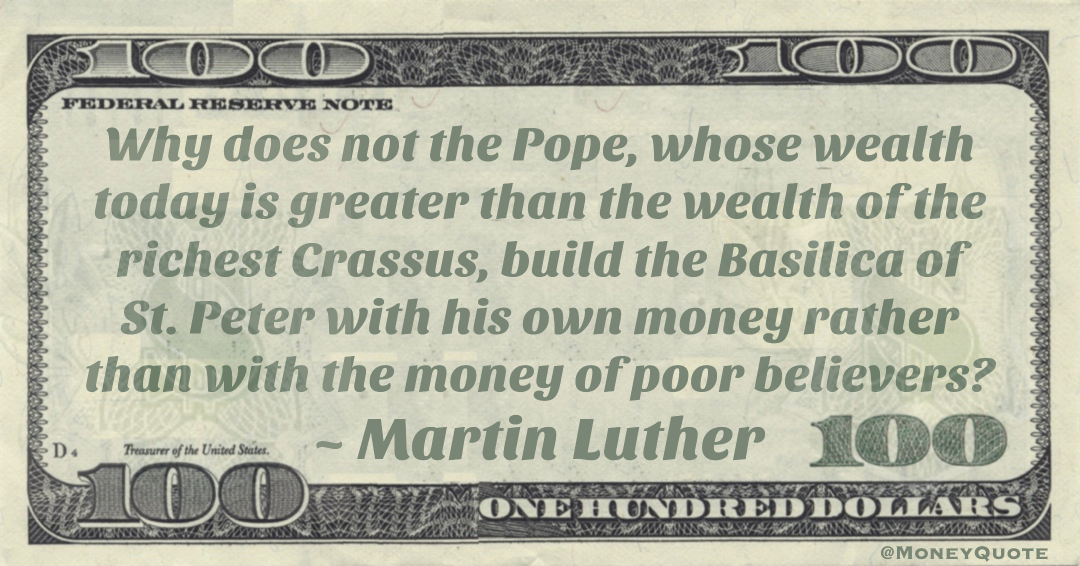 “Why does not the Pope, whose wealth today is greater than the wealth of the richest Crassus, build the Basilica of St. Peter with his own money rather than with the money of poor believers?” — Martin Luther

Share the Martin Luther Money quote image above on your site: