Stephen Breyer Money Quote saying in his desent to McCutcheon v. Fed. Election Commission that nothing can be heard from voters if corporations and the wealthy speak louder with their political music of money. Stephen Breyer said:

Where enough money calls the tune, the general public will not be heard. Insofar as corruption cuts the link between political thought and political action, a free marketplace of political ideas loses its point
— Stephen Breyer 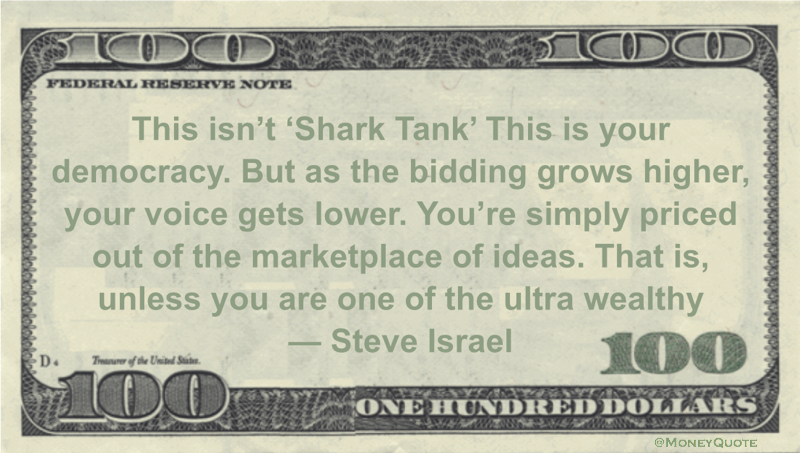 “This isn’t ‘Shark Tank’ This is your democracy. But as the bidding grows higher, your voice gets lower. You’re simply priced out of the marketplace of ideas. That is, unless you are one of the ultra wealthy” — Steve Israel

Share the Steve Israel Money quote image above on your site: 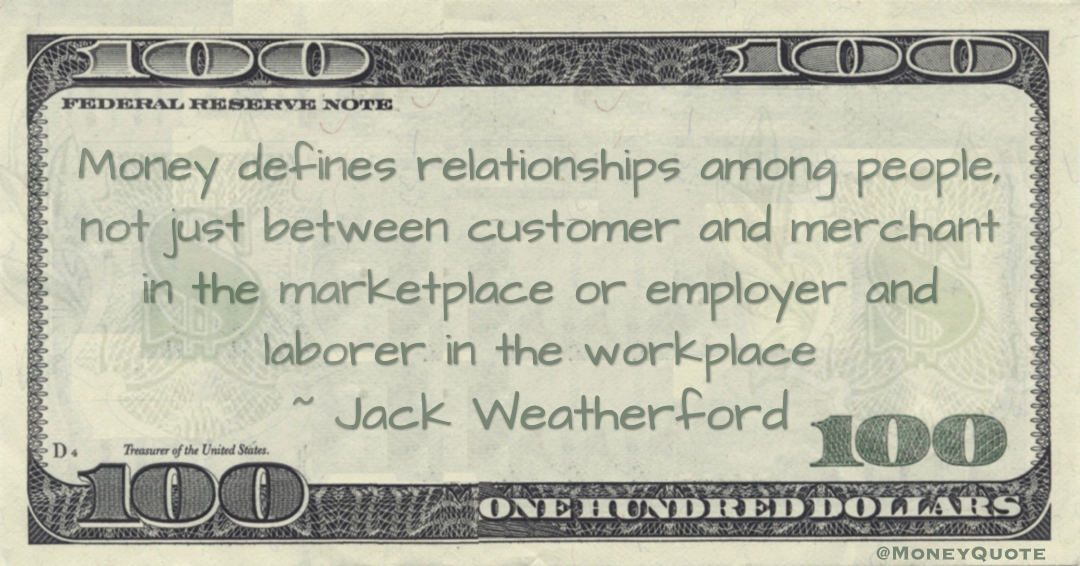 Share the Jack Weatherford Money quote image above on your site: