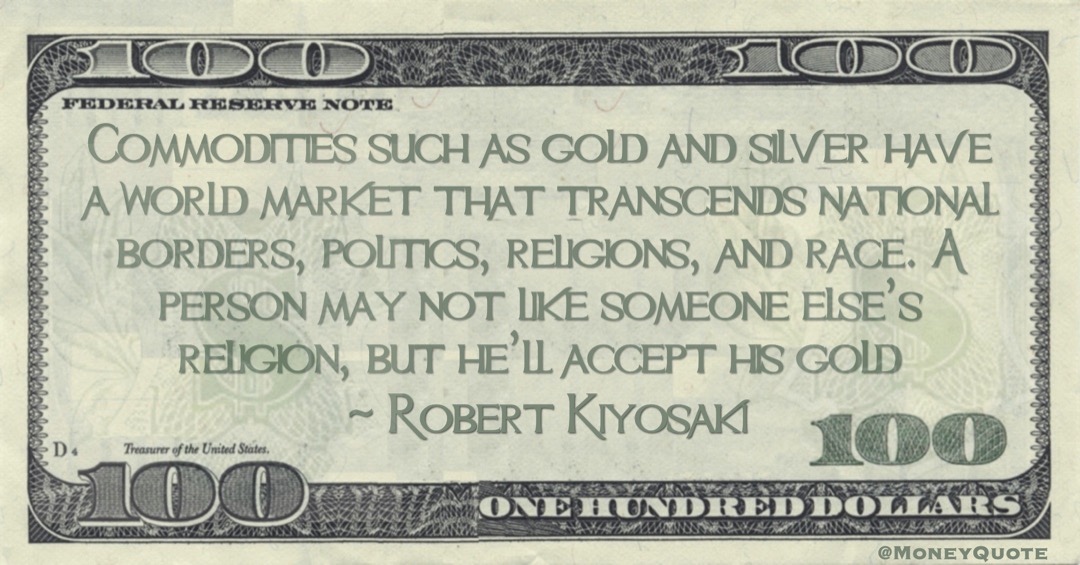 “Commodities such as gold and silver have a world market that transcends national borders, politics, religions, and race. A person may not like someone else’s religion, but he’ll accept his gold” — Robert Kiyosaki 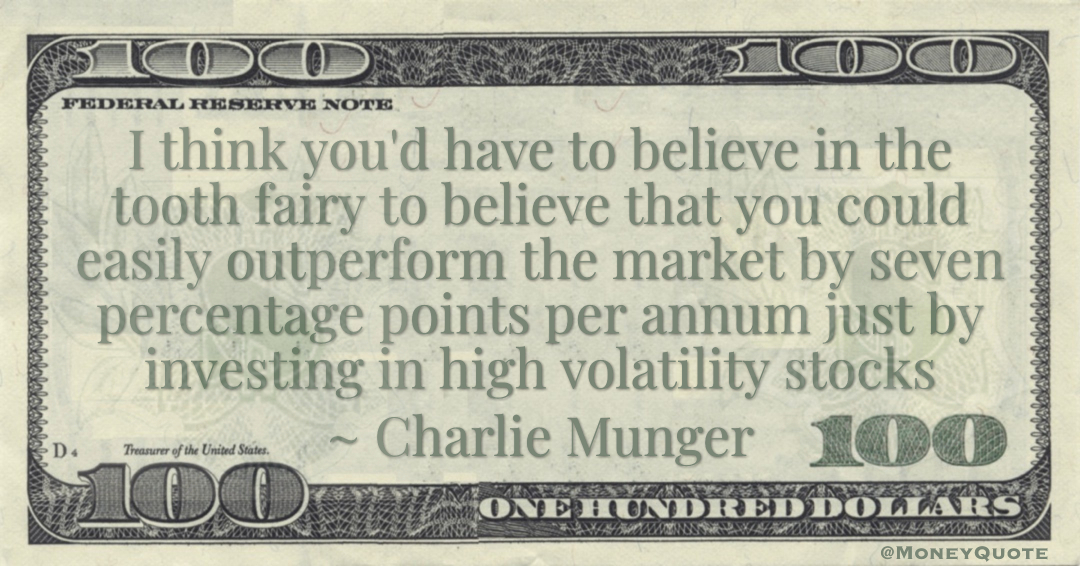 Share the Charlie Munger Money quote image above on your site: 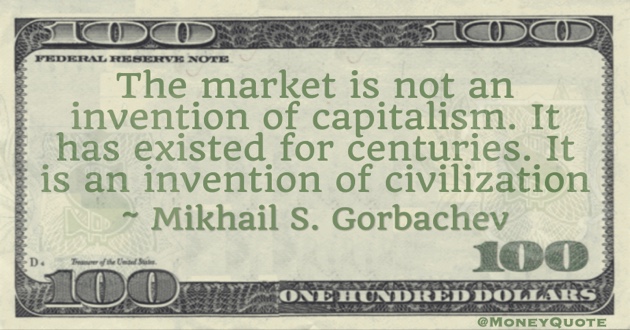 Share the Mikhail S. Gorbachev Money quote image above on your site: 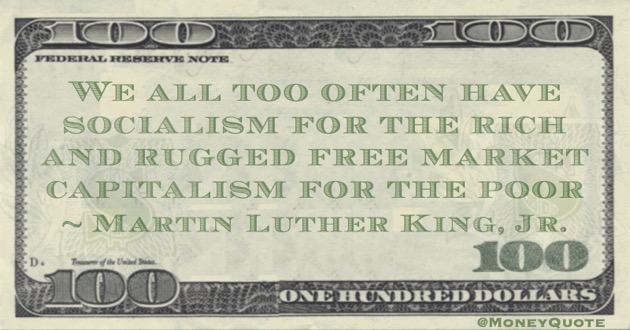 “We all too often have socialism for the rich and rugged free market capitalism for the poor” — Martin Luther King, Jr.

Markets are a fragile fantasy fueled by printed money that isn't linked to real value. Greece is a loaded reality shotgun. Pull the trigger?

Robert Frost on Poets on Trial

Robert Frost Money Quotation saying writers look down on payment for creativity but each will be judged by payment whether rich or poor. Robert Frost said:

Modern poets talk against business, poor things, but all of us write for money. Beginners are subjected to trial by market
— Robert Frost